We have arrived in Ireland to start a 9 day adventure.  We flew out of Zurich, Switzerland this morning, and landed in Dublin 2 1/2 hours later.  (one of the perks of living in Europe - getting to all these fabulous counties quickly)

We landed in Dublin and picked up our rental car.  They drive on the left in Ireland, so I was extremely nervous about how this was going to go.  Mat was the navigator, so I agreed the drive the entire trip.  Lucky me. 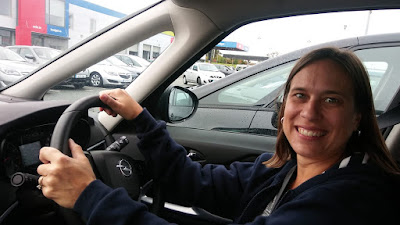 We didn't have to drive far today - we only went 10 miles from the Dublin airport to our hotel.  We didn't plan on moving the car while we stayed in Dublin, so it wasn't bad.  It was a little strange, and I was constantly alert, but we survived.

After parking and putting our luggage at the hotel, we headed out to our first stop - Trinity College.  We had tickets to see the Book of Kells and the library there. 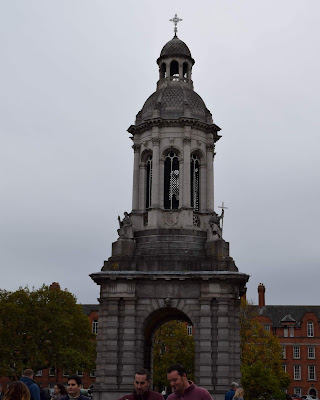 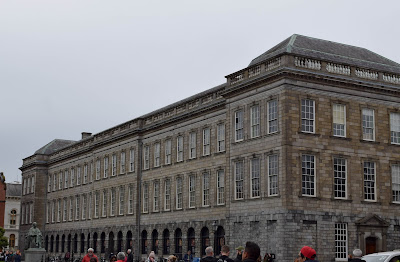 We were not allowed to take pictures of the Book of Kells, understandably, but I highly recommend making this stop while you are in Dublin.  The Book of Kells was said to have been created around 800 AD and it contains the 4 Gospels of the New Testament of the Bible.  It was really beautiful.  We did learn that it was made out of calf skin (took about 150 calves to make it).  Check out THIS WEBSITE to get more information.  I highly recommend you getting tickets ahead of time to see it, otherwise you could stand in line a long time waiting to get in.

We were able to take pictures in the Library.  It was one of the most gorgeous libraries I have ever been in.  It was built between 1712 and 1732 and contains over 200,000 of the libraries oldest books.  It is HUGE.  Your ticket in to see the Book of Kells also gets you into this library and you can take plenty of pictures there.  The room was almost 200 feet long. 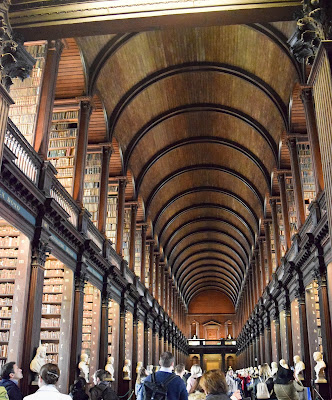 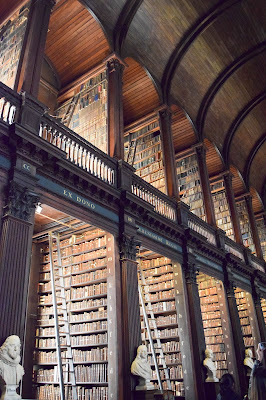 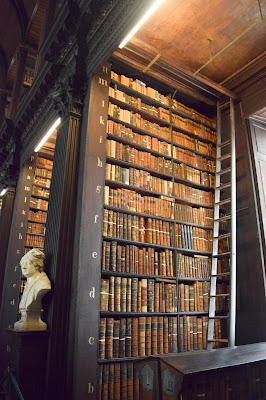 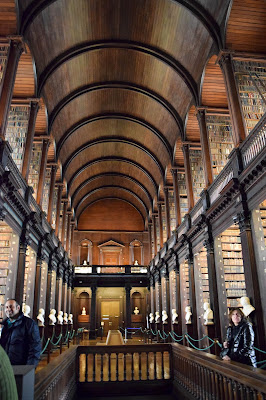 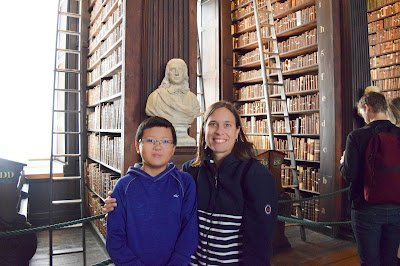 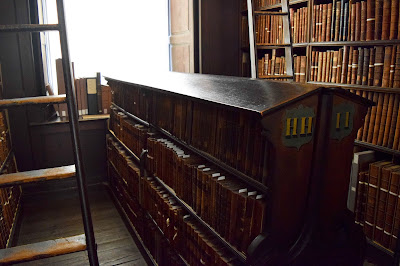 Inside the Library was one of the last remaining copies of the newspaper that announced the Independence of Ireland. 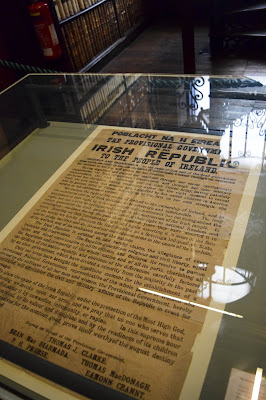 Also in the Library was a copy of a map  of the state of Virginia from the 1600's based on John Smith's information. 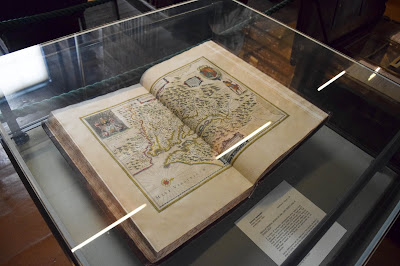 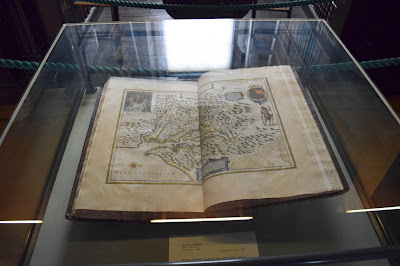 The harp is the national symbol of Ireland, and in the libary is the oldest known harp from the country.  It is dated from the 1500s. 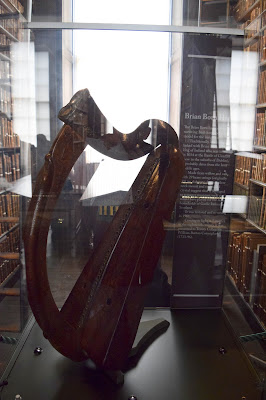 After visiting Trinity College, we walked around Dublin for a little while before heading to the Leprechaun Museum. 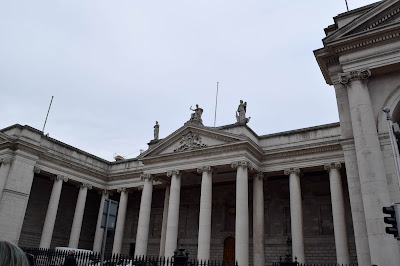 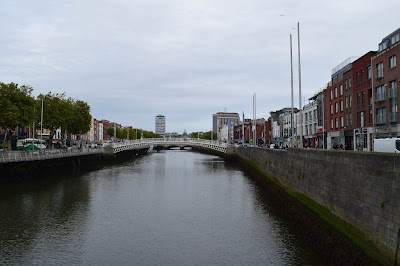 The National Leprechaun Museum  is one of those silly activities that we like to add to our trips for the kids.  We had a tour, and the tour guide told a lot of stories about Leprechauns, Banshees, and Fairies.  The kids loved it and it was a fun activity to end our first day in Ireland. 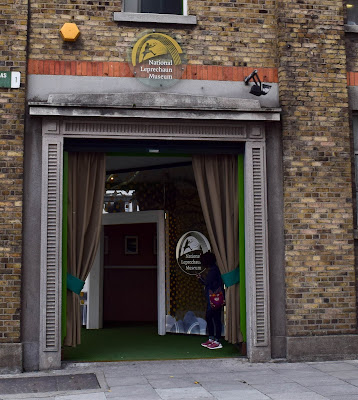 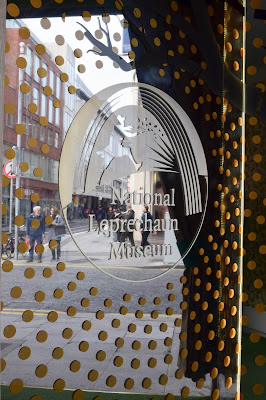 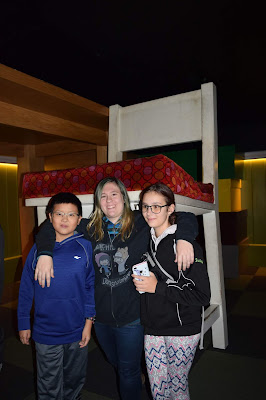 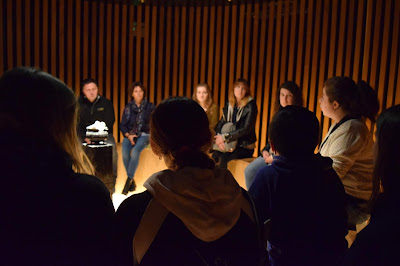