Today we took to the north side of the island. By the way... in Cyprus they drive on the left. So I am getting to use my skills I learned in Ireland.  We drove through the Troodos mountains where the temperatures were so different from the coast that we got to see snow. We visited two monasteries and then headed to Ledra Street to do some shopping. We crossed the border into the country of Turkey (part of the island belongs to them) to say we did. We visited some great shops and the Silimiye Mosque in Turkey before heading back to our airbnb. We did have a lot of rain today, but it didn’t stop us. 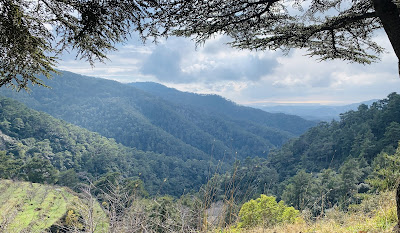 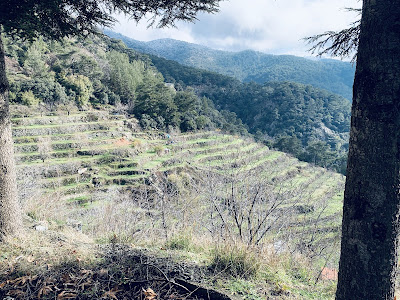 Trooditissa Monestary.  We couldn't visit - it isn't open to the public right now.  (even though their websites states otherwise). But we were driving along this path through the mountains, so we stopped to take a picture.   It is a male Orthodox monestary and it is the highest monestary in Cyprus.  This monestary was founded in 1250. 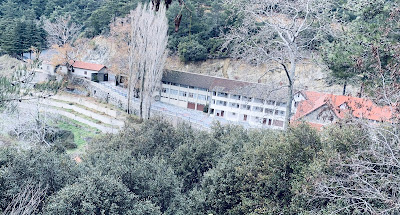 A small amount of snow in the Troodos mountains is not uncommon during the winter.  We were happy to see it - it was very pretty on our drive 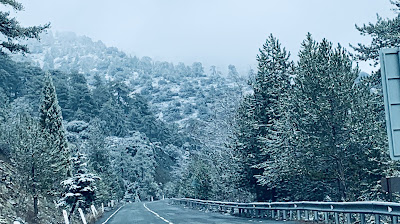 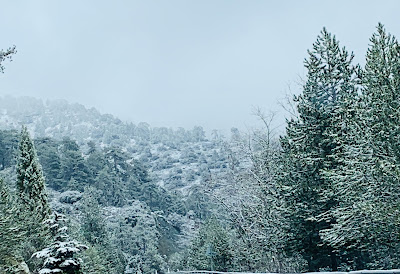 Panagia tou Araka Monestary.  This one we were allowed into the church that was on the grounds, but we couldn't take any pictures.  It was very beautiful inside.  It is a 12th centruy monestary and listed as a UNESCO Heritage site. 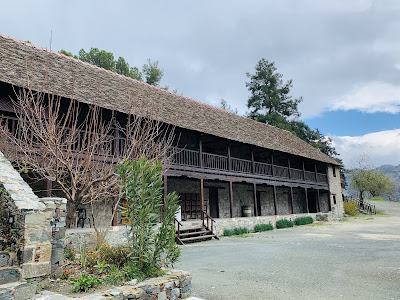 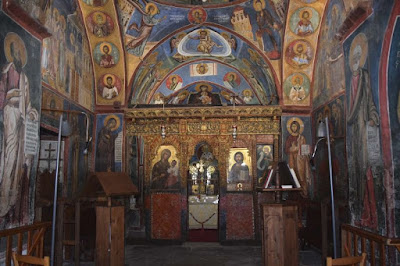 View from the Monestary into the Troodos mountains 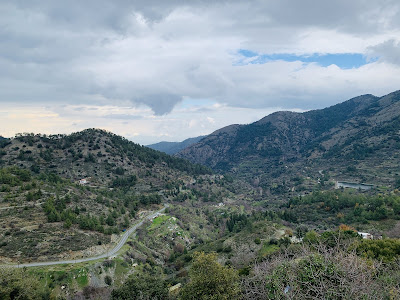 The outside of the church.  It is completely covered from the elements now with a wooden structure. 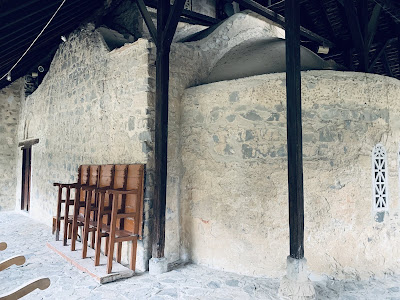 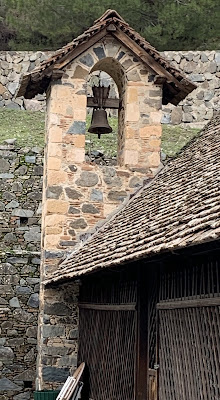 We got out of the mountains and ended up on Ledra Street in Nicosia, Cyprus.  This street was recommended quite a bit on different blogs/travel sites that I read before our trip.  It holds the border between Cyprus and Turkish occupied Cyprus.  There are lots of shops here and it is where you go through passport control if you want to visit the Turkish controlled side of the island.
This is a church we saw in Nicosia. 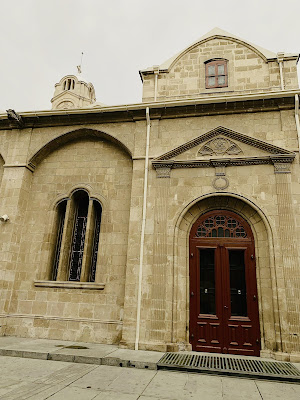 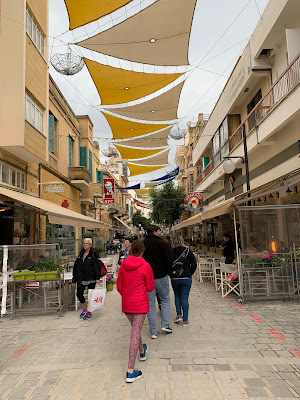 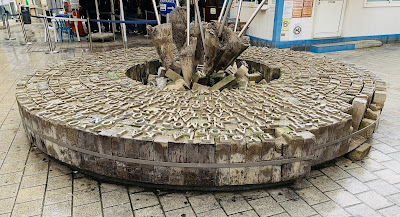 We crossed easily into the Turkish side of the island with our passports.  (please check if your country requires a visa to cross.  At this time, our American Passports did not require a visa).  It is an easy walk across the border (and we were encouraged to do this instead of driving because driving requires a lot of paperwork).  There are many things to do right across the border, so we didn't feel we needed our car.
Our first stop was a market place.  It is called Buyuk Han (the Great Inn).  Built around the 1500s, it provided accomodations for travelers.  Later, it was a prison for the British (in the 1700s).  After that, it was used as a hostel for destitute families.  Today it is used as a place of shops where people can sell theri handmade wears. 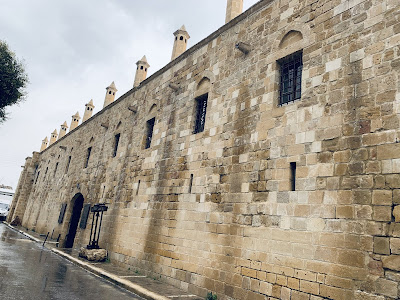 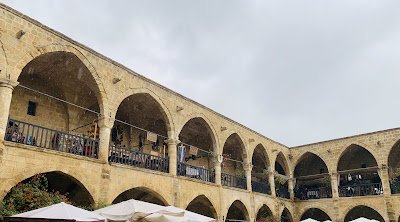 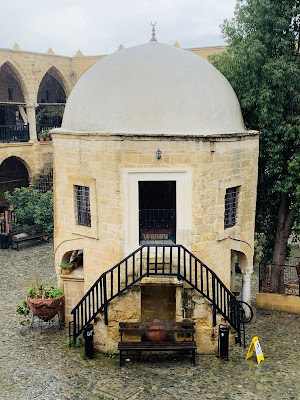 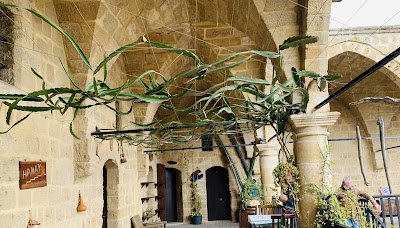 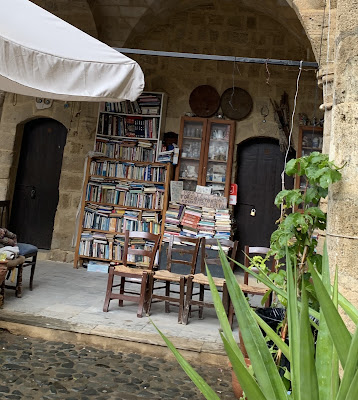 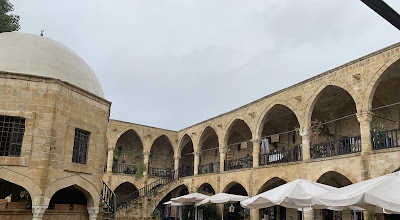 We also visited a mosque on the Turkish occupied side of the island.  This is the Silimiye Mosque.  We were allowed to go inside.  We had to remove our shoes, and the girls and I had to cover our heads (the coverings are provided).  This mosque was founded in 1571. 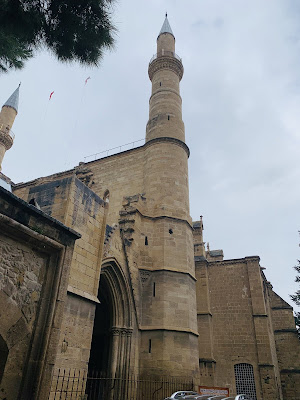 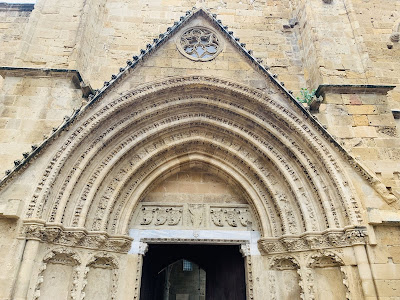 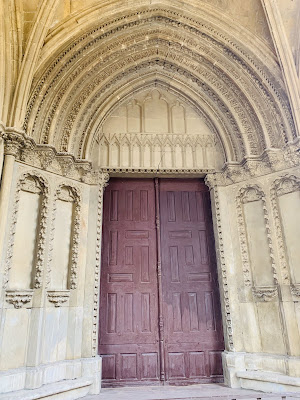 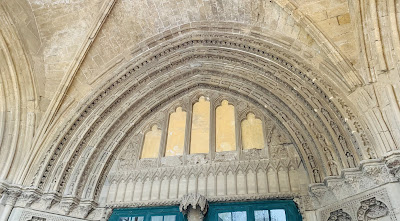 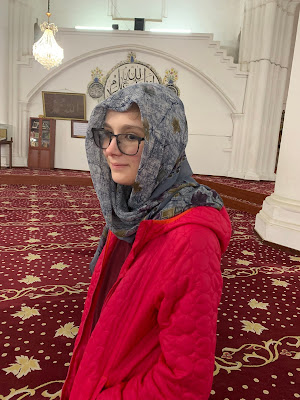 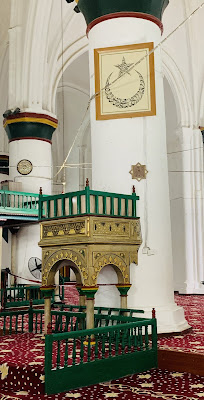 We arrived during a time of prayer. 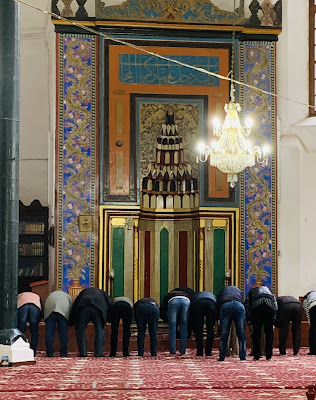 The streets of the Turkish side of the island 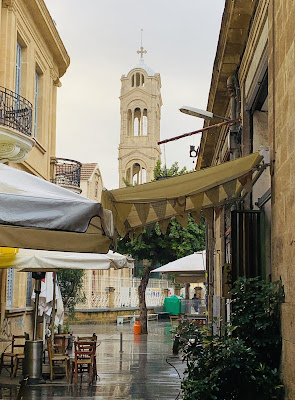 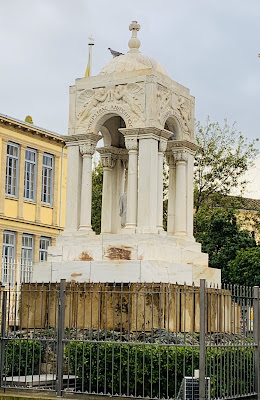