This weekend we were supposed to be in Brussels, Belgium enjoying the Christmas market and visiting friends.  But no matter how organized and how planned out you are, you can never predict what will happen.

Late last Thursday night, Arlington started to have a lot of stomach pain.  Then it became unbearable stomach pain.  At 11pm, she couldn't stand it any more.  Mat, of course, was traveling for business, and the other two children were sound asleep.  When she showed me where the pain was, it set off a few alarm bells, and I knew I couldn't ignore it.  No matter how much I wanted to.

Looking at the clock and realizing that in less than 9 hours we were supposed to be on a plane to Belgium, I figured I would take her to the Emergency Room, they were deem her fine, and we would be home in a matter of hours.  We would be tired, but on our way.

Off we went.  I left the other two asleep in their beds - knowing I would be home before they ever knew I was gone.  We grabbed an Uber and set out.

What I thought would be an hour or two of investigation quickly turned into many hours.  At 4:30am, I realized our plans were going to have to be canceled.  They had run a multitiude of tests on her and could still not pinpoint the cause of her pain.  They had many theories but no definitive answer, and we couldn't leave until they figured it out.

I was given leave and went home to check on Finley and Cainan and start canceling our flights and hotels.  It was so frustrating and disappointing.  I couldn't believe the timing.  Once I got things organized, I headed back to the hospital hoping that when the surgeons and doctors came back at 7am, we would have some answers.

It would take a full 12 hours in the Emergency Room for the doctors to decide that Arlington needed surgery.  They thought it was either a twisted ovary or appendicitis.  But they had to get in there and look.  Her bladder was blocking their view from being 100% sure. 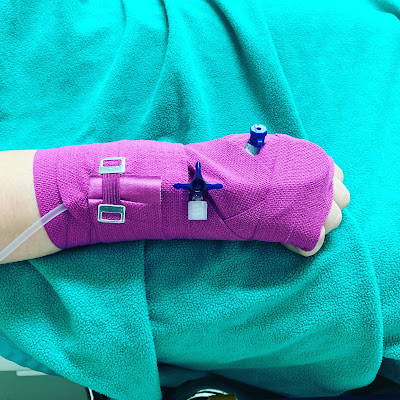 At noon they took her to surgery.  She was in there until 3pm.  It turned out to be appendicitis.  They removed her appendix and told us we would be spending at least one night in the hospital.  So - I guess in the end, it was good I took her in!

We ended up spending two nights in the hospital and she was released this morning.  She is home resting - no school until Thursday.  She is feeling so much better. 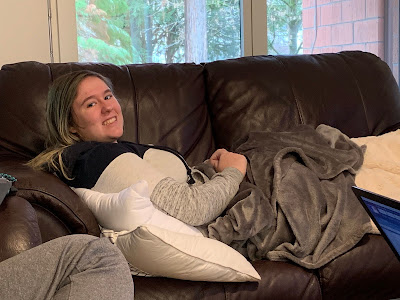 Belgium will have to wait for another time.  We will go - eventually.  For now we are grateful that this didn't happen while we were gone.

We had a great experience with the staff at the Basel Children's Hospital.  All of the nurses and doctors were wonderful (pediatric ones usually are) and we were well cared for.  We have now had the experience of being in hospital in a foreign country, so check that off the list.
at December 09, 2018