Arlington had surgery on her right knee on the 18th of December.  For the last several years, she has struggled with a knee locking problem that was preventing her from doing sports.  It was causing her problems on almost a daily basis, so the doctors finally decided it was time to repair it surgically.

We had to be at the hospital on the morning of the 18th at 6:30am, and her surgery was at 9.  It lasted about 2 1/2 hours and then she spent 2 hours in recovery before going into her room.  The surgery went well - the doctors were pleased.  What they did was take a tendon from under her knee and tied the knee cap in place.  They secured it with a dissolvable screw.  This should stablize her knee.

She spent 2 days in the hospital - healing and getting her pain under control.  She did spend the night in the ICU the first night because they were having trouble getting her pain controlled.  By the morning of the second day, the medical staff had gotten in front of her pain, and the second day in the hospital was much better.  She even started physical therapy while there - they showed her how to walk with the crutches, and also a few stretches.

For two weeks she has to keep her knee at a 30 degree angle.  Then 60 degrees for two weeks,  then 90 degress for two weeks and then done.    6 weeks in the brace, and so by the end of January she will be back to normal.  She also has stitches that will come out in two weeks.  She cannot stand to take a shower, so we got her a shower chair and I need to help her.  She has to wear compression socks for 2 weeks until the stiches come out and we have to give her a daily blood thinner shot.

We were pleased with the timing of her surgery because she had finished all of her midterm exams and school was over for the holidays.  She has 23 days to rest and recouperate before she has to return to school.

She will have physical therapy twice a week for a year from what we understand.  The knee is already more stable. 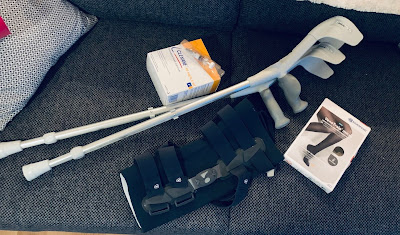 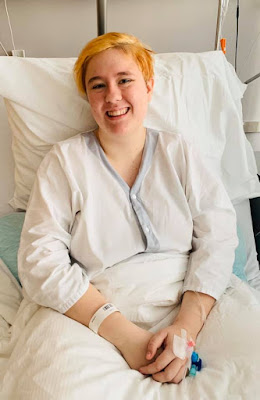 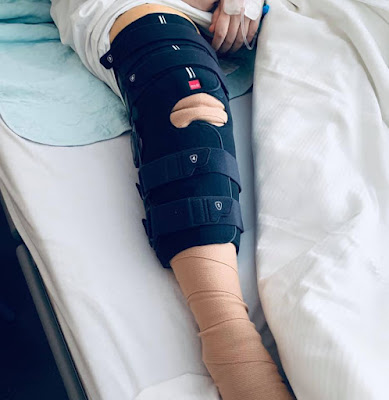 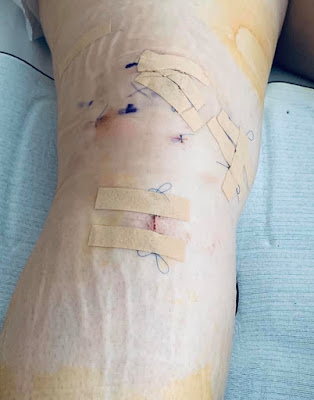 A little under a week after her surgery she was up and dressed and off to physical therapy!