Cainan had a chance to spend a week in the Blackforest, Germany with his new school.  They took what they call an "end of summer" trip.  It was a way for the 7th graders to have a chance to get to know each other right at the beginning of the school year.  He had a great time. 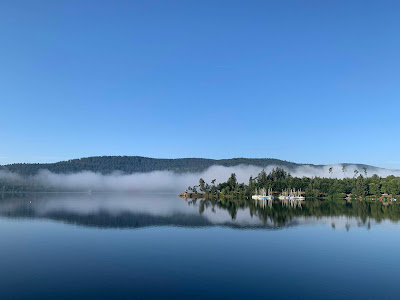 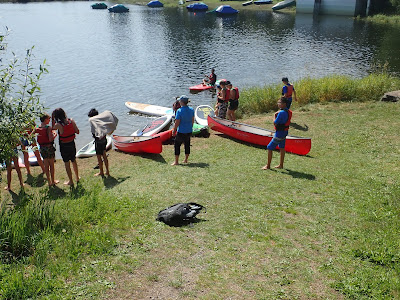 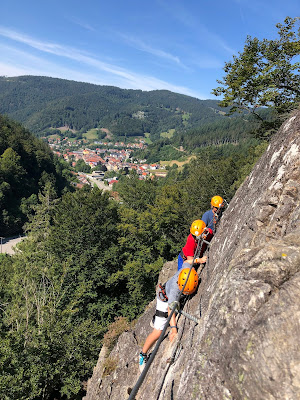 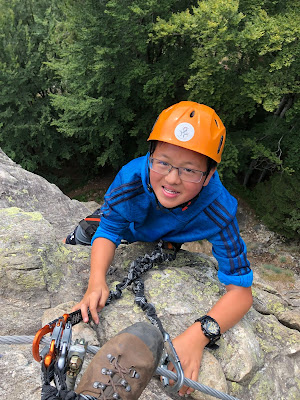 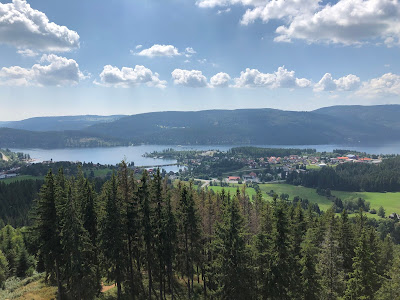 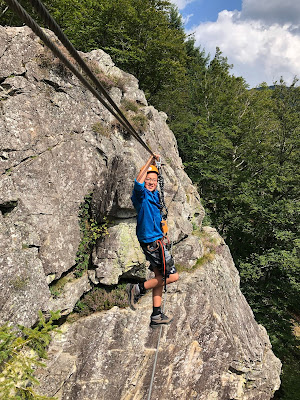 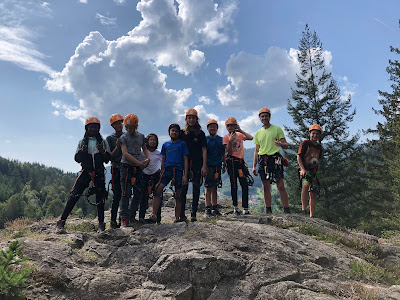 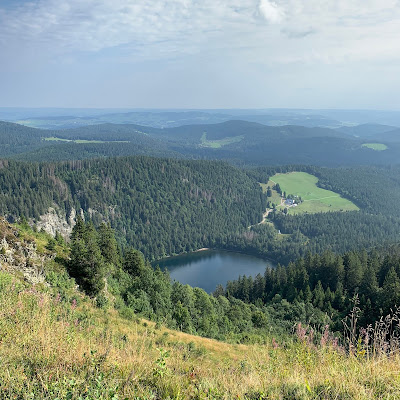 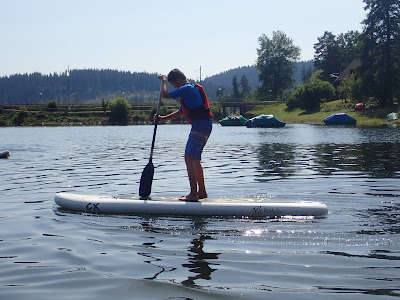 Adventures in Flying and Back to School

Well, all good things must come to an end.  On August 7th we flew back to Basel from Pennsylvania.  We had a nice, long summer in the states visiting family and friends, eating good food, and generally living the life we were used to.  We were almost gone too long.  It was actually harder for me to return to Switzerland this summer than the last because we got into a familiar routine of convenience and ease that comes with living in America.  I know that we were soon be back to our Swiss routine and way of life. 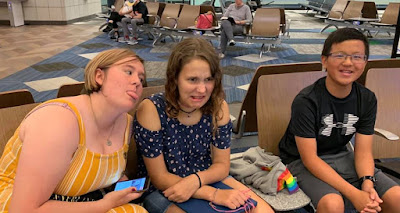 Our flight home didn't help.  What was supposed to be two easy flights turned into 3 days of unexpected travel.  As we were leaving Pittsburgh, the British Airways computer systems went down.  This turned into a 2 hour delay on the airplane, and being late arriving into London.  That wouldn't have been a big deal because we had a long 5 hour layover, but our flight from London to Basel was canceled.  We spent the night in London, returning the following evening to take our flight home.  It wasn't straight through, and this flight also left late (they were again having technical problems) and we missed our connection.  After some tears from all of us at the Frankfurt, Germany airport (we were so very tired and over it and we had no luggage - it was all on the airplane to Basel without us) we got a hotel and spent the night.  The next morning we flew home.  We were exhausted and had lost a few precious days we needed to recover from our trip before the kids started back to school.

On August 12th, the kids started back to school.  11th grade for Arlington and 7th grade for Finley and Cainan.  Cainan is at a new school this year - the Swiss International School.  Over the summer he decided he wanted to try the Swiss Matura track.  We will see how it goes.  Finley will be moving to a new building for middle school after October, which will eliminate me having to pick her up anymore.  She is very excited about that.  The kids are growing up! 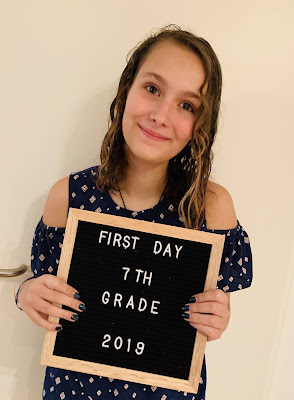 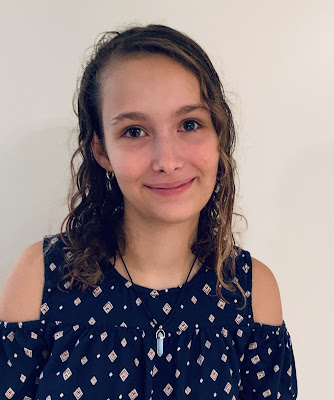 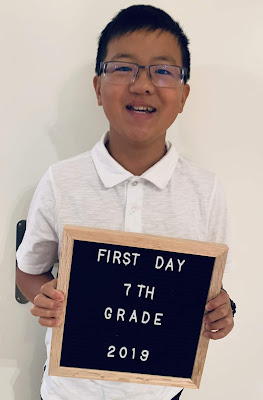 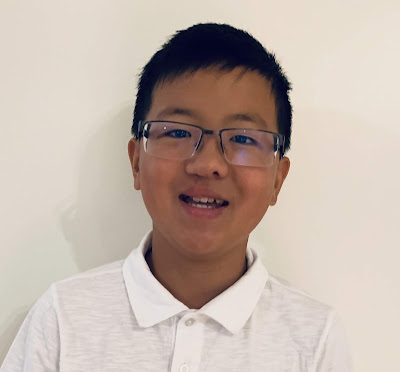 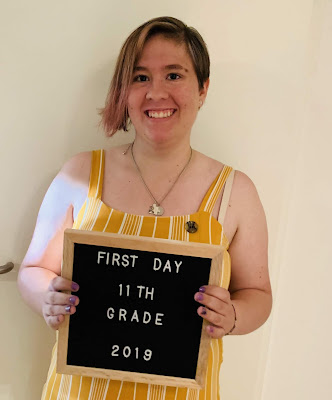 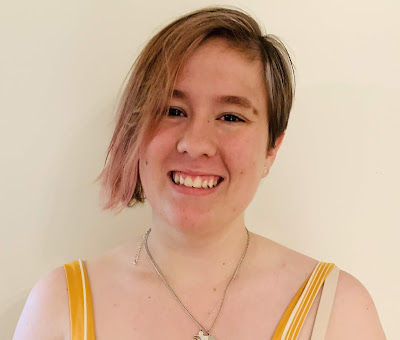 This summer we had a chance to hold a small fundraiser for Finley and our RDH12 Foundation.  It has been a few years since we have had one since we moved to Switzerland.  We decided to do a raffle which included a golf ball drop because it was something I could do long distance.

The fundraiser raised $20,000 for our foundation.  We were blown away by the support.  Every bit counts in saving our girl's sight. 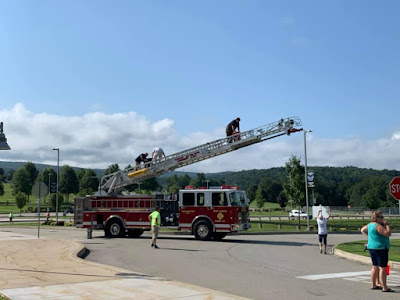 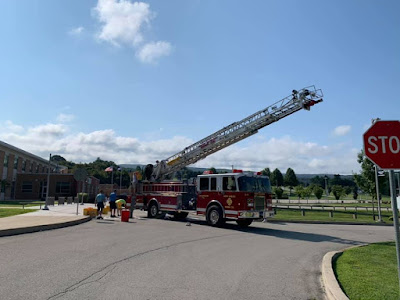 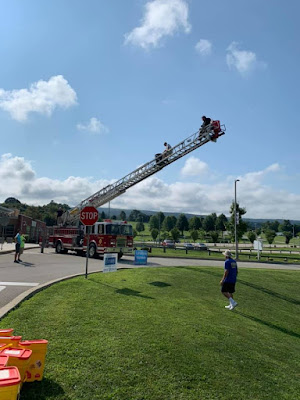 Finley had tendonitis from the lake trip (too much boating), so she was on a crutch 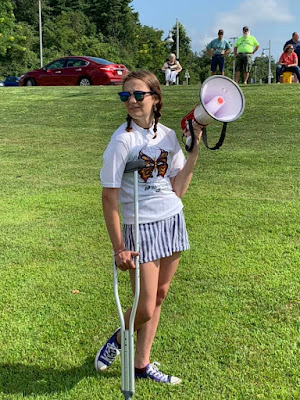 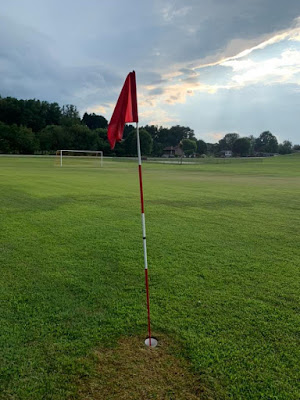 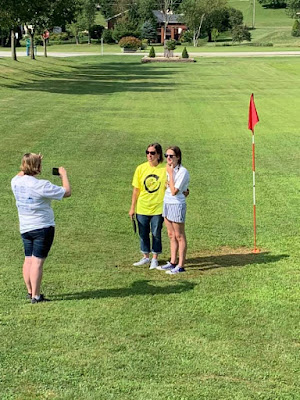 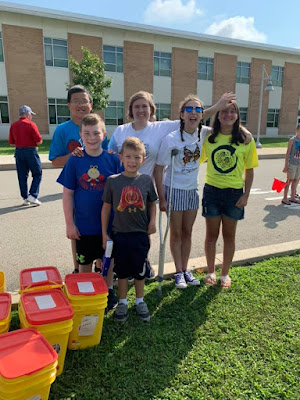 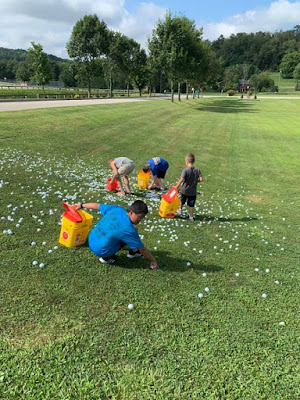 My brother got a new puppy, and he thinks he is a lap dog 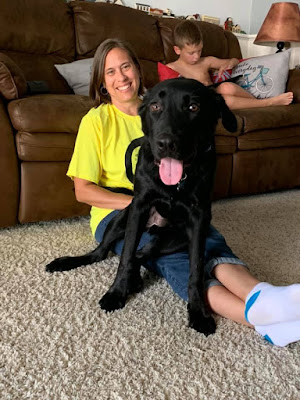