We took a scheduled tour of the Scottish Parliment, which we booked ahead of time.  It was free to take this tour, and you can go into a few parts of the building without a tour, but we wanted to hear the history.  We were not allowed to take pictures anywhere but here.  And only after we left the floor of the parliment. 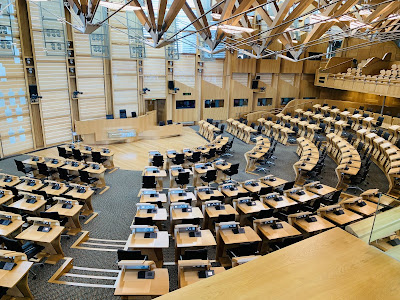 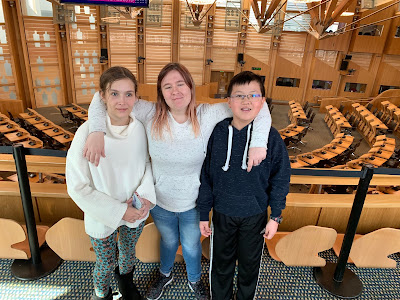 The outside of the parliment 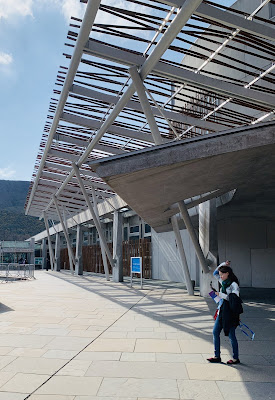 Arthur's Seat in the distance 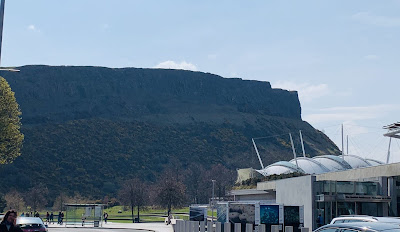 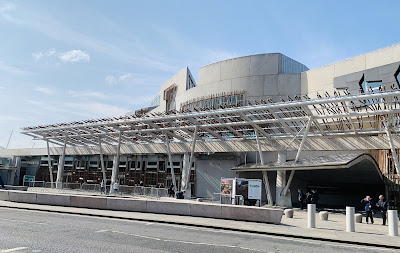 Holyrood Palace.  Also not allowed to take pictures inside.  (seems to be a theme in Scotland)  Holyrood is the Queen's official residence in Scotland and she stays here when she visits the country.  We took the audio tour (we had tickets ahead of time) and it was really interesting.  It is still a working palace, so we got to see the rooms they use when the Queen is in state.  It was built in the 16th century and has been used consistently since then. 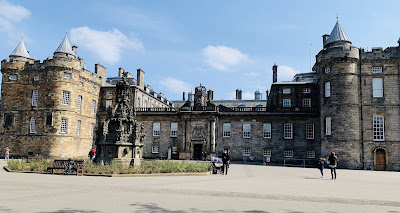 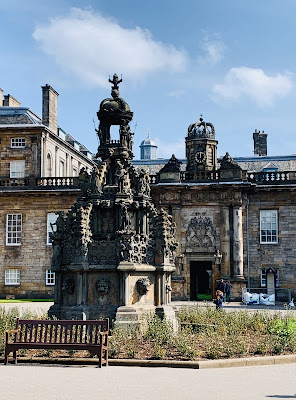 There is the ruins of the abbey on the grounds.  It was huge 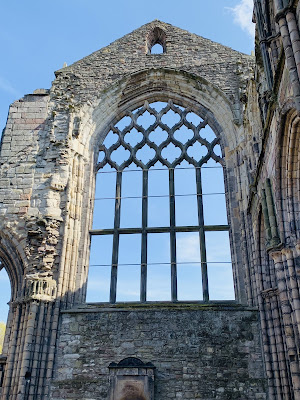 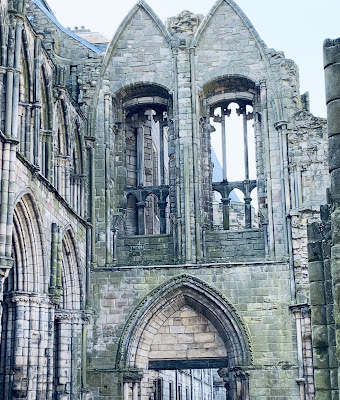 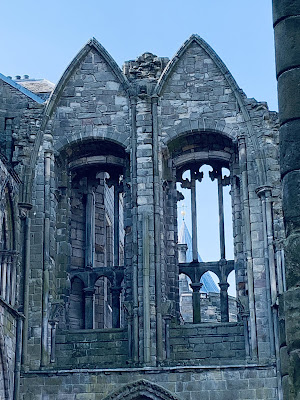 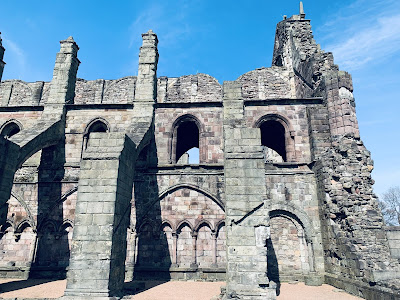 The day was beautiful, yet cold.  Arthur's seat is in the background.  We are still on the grounds of Holyrood palace 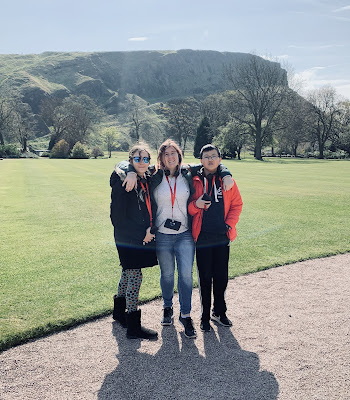 After the visit to Holyrood, we decided to climb Arthur's Seat.  Let's just say it didn't look that bad from the ground, but it is a bit strenuous of a climb.  Especially in winter clothes.  But we did it.  The views from the top were completely worth it. 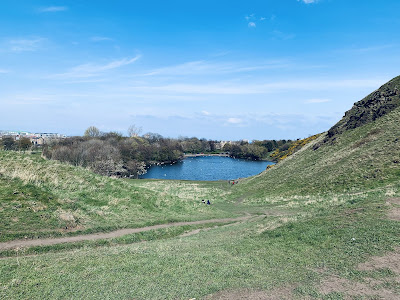 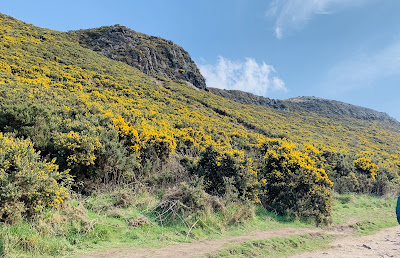 View of the North Sea and Edinburgh 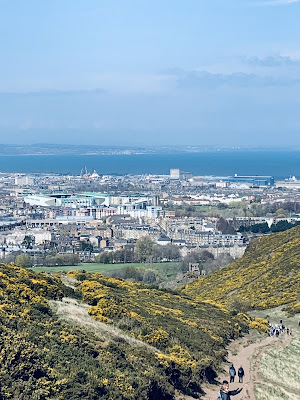 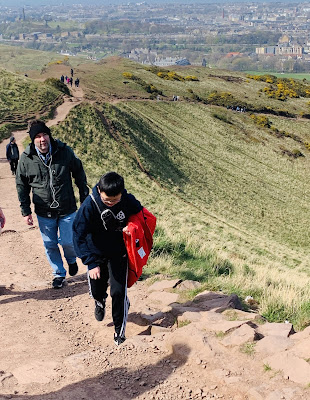 The wind was whipping all over the place at the top of the mountain. 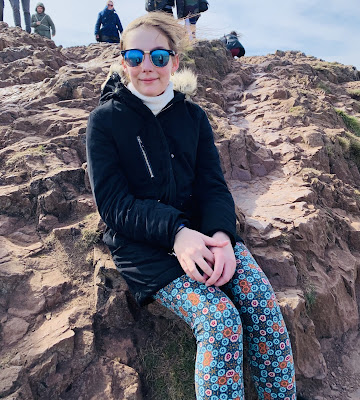 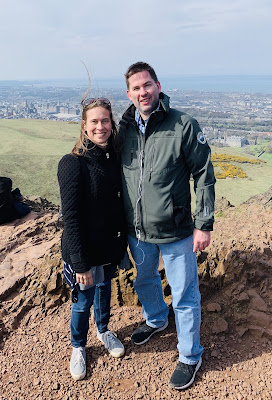