This evening I met Mat at the Christmas Market in Freiburg, Germany to walk around.  He has been in Freiburg since Monday at a conference for work, and it ended this afternoon.  Freiburg is about an hour for us on a slow train/ 30 minutes on a fast train.

I was able to catch a train to Freiburg right in our little town of Riehen, and head there quickly.  I met Mat at the end of his work day, and we headed out into the cold to walk around the market.

Freiburg is a beautiful city.  It was unfortunate that I only got to see it at night, but I know I want to go back and explore it properly when the weather gets nicer.  The cobble stones and stone inlays in the ground were magnificent.  It also surrounded by a small stream that was cut into the sidewalks.  Just really unusual.

We walked around the market for a few hours, and had some delicious food and sweets.  We did not come away with any souvenirs from this market (except what we ate), but we enjoyed looking at all the booths.

We had an 8pm train back to Basel.  We boarded the train, and realized the train was not leaving on time.  So unusual for Swiss and German trains.  There was an announcement made, but it was in German, and we assumed it was announcing when the train was leaving.  There was a woman in our train car that realized we didn't speak German, so she told us that the announcement stated someone was stuck in the bathroom on the train and they had to wait until maintenance came to let them out.  30 minute delay expected.  We sat and enjoyed the warm train car.  The next thing we knew, the police came into our car and announced that the poor person who was trapped in the bathroom had died, and the train needed to be evacuated.  So sad.  We were easily able to take another train home, but it did put a small damper on the day.  We said a small prayer for that person and hoped for peace for his family.


Example of the stone work 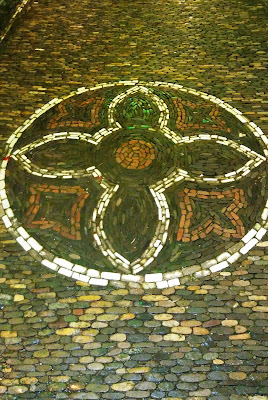 The little stream that surrounded the city.  Mat accidentally stepped in it 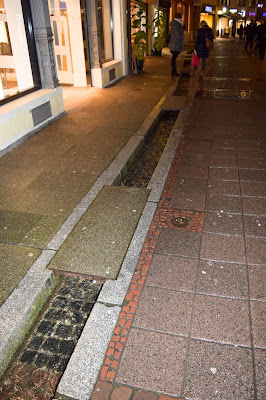 Lights of the Christmas market 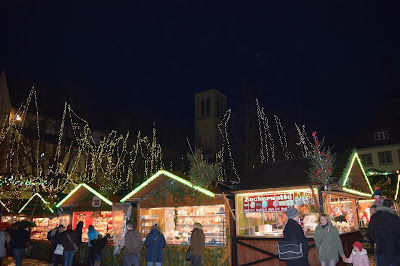 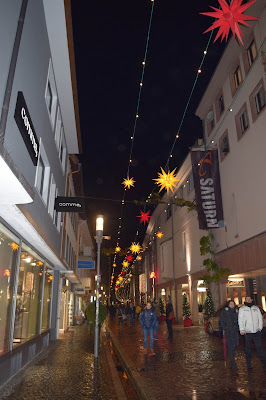 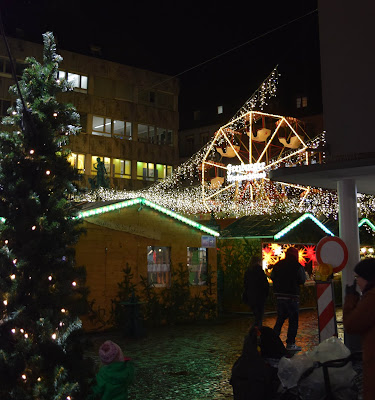 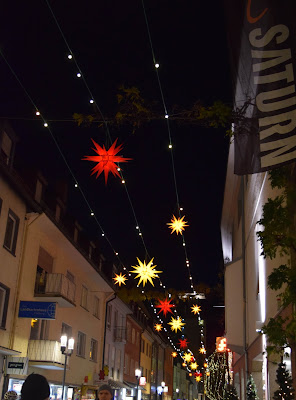 Freiburg's Rathaus.  Look at those doors. 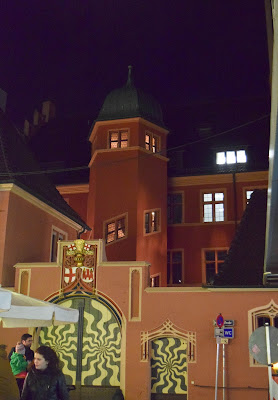 Huge fountain in the city 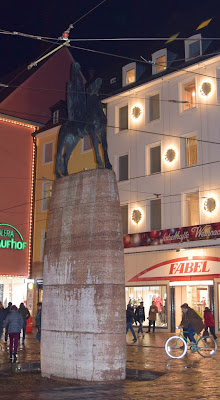 Gate on the outskirts of the city 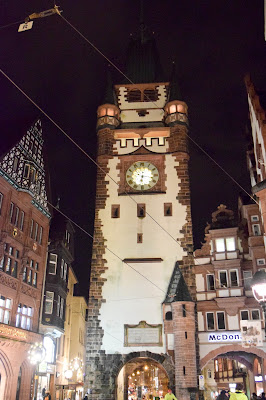 Our yummy dessert.  It was like a graham cracker ball with chocolate in the center and then covered in chocolate.  It was pretty fantastic. 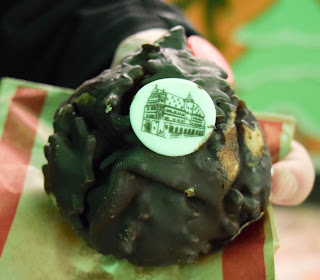