Tonight Mat and I went to the Basel Christmas Tattoo show. It was one of my Christmas presents, and we had a great time. What a great show! It was a nice mix of American and Swiss/German Christmas songs (and non-Christmas songs). So fun.
Sidebar: “Tattoo” originates from Dutch: In the 17th Century, the command “doe den tap toe” (close the beer taps) was given via a drummer or a fifer at the end of the evening, when the troops had to return to their barracks. In English this phrase was shortened to the word “Tattoo” and this is now the recognized word for military music festivals. 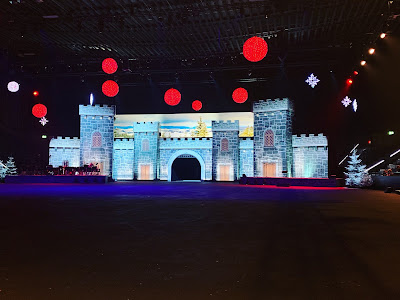 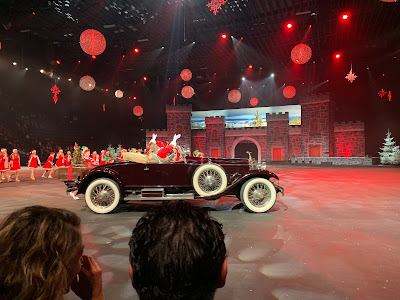 These horses are huge! 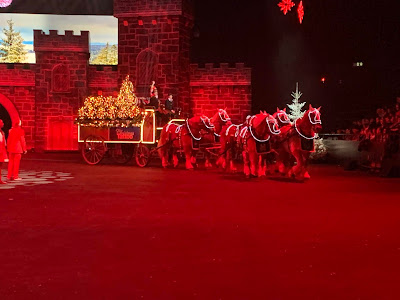 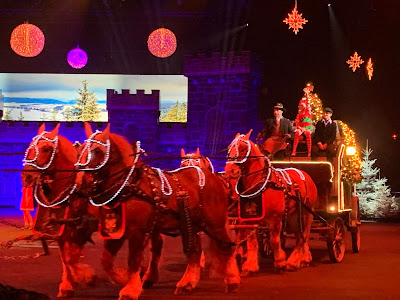 Scottish Bagpipes.  They were fantastic! 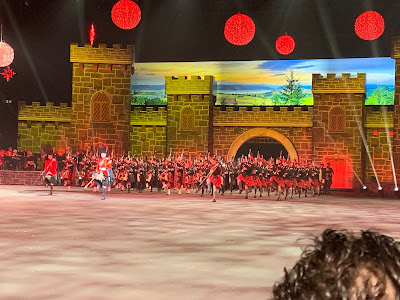 This group was from Edinburgh Scottland 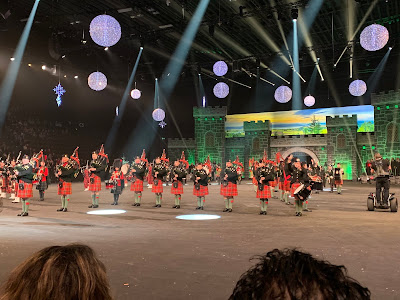 This was a marching band of Santas.  They were hysterical 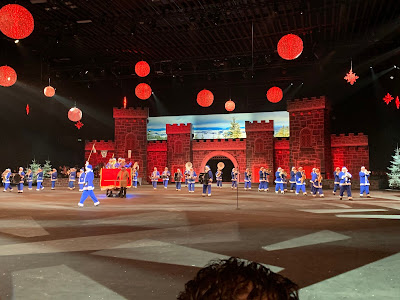 Trampoline acrobats.  They were really 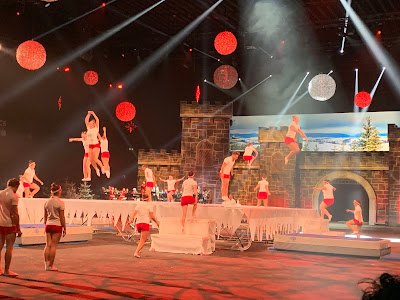 This is part of the Queen's band from England 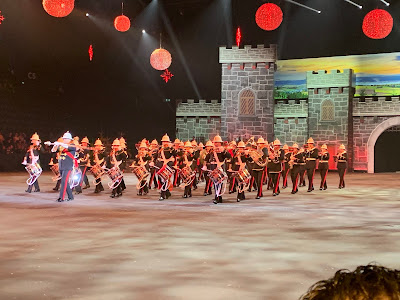 Alll the bands on stage right before intermission 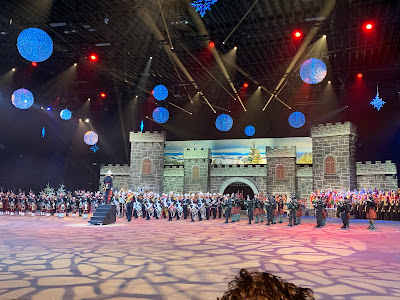 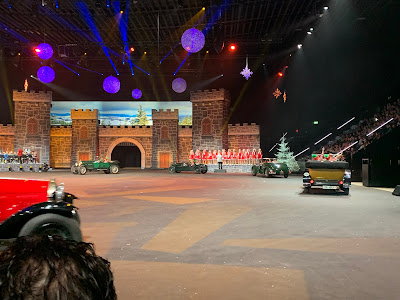 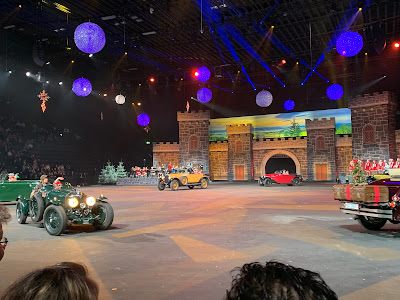 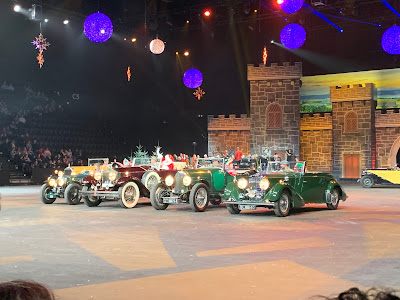 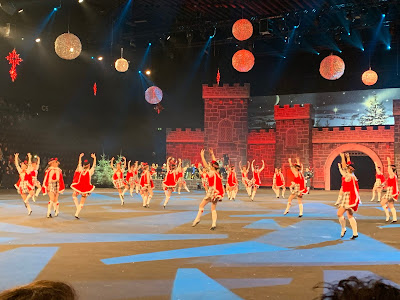 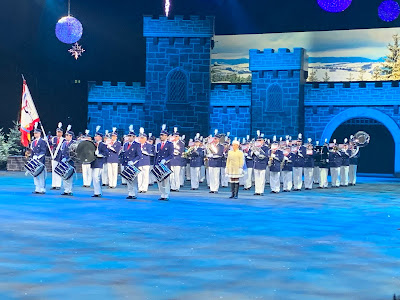 These dogs were hysterical.  The puppies were wild! 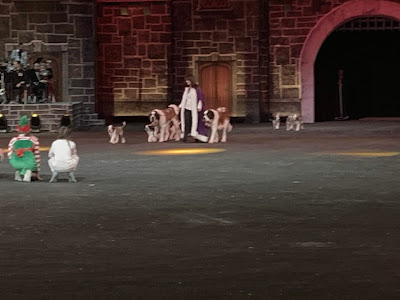 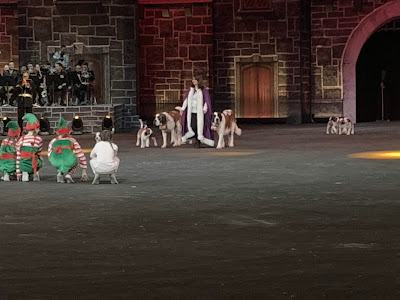 Singers.  The front one had candles on her head 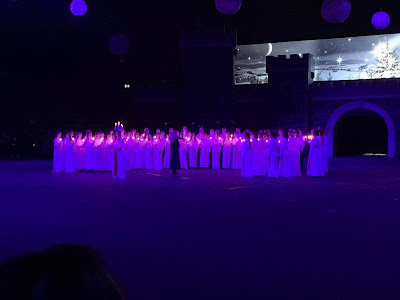 these are the Harley santas. Each year in Basel they do a parade. (We missed it this year). They decorate their Harleys all for Christmas and the details is amazing. They didn't stand still long enough for us to get a good picture. You have to see it to believe it. 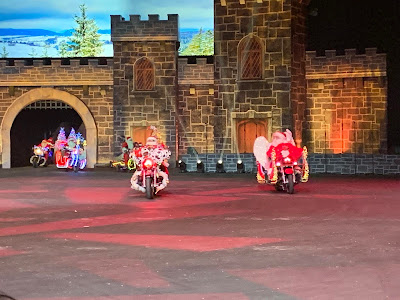 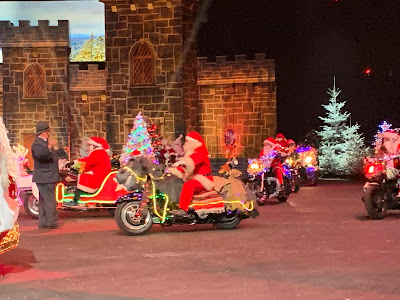 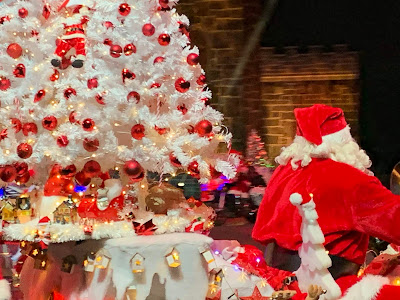 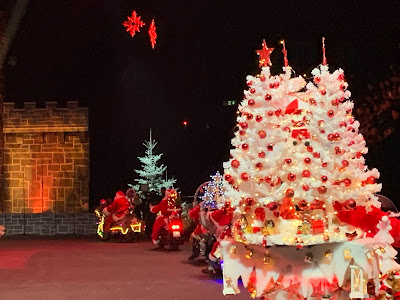 End of the show 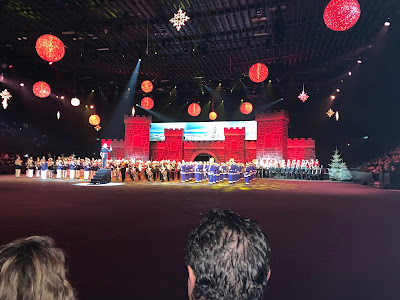 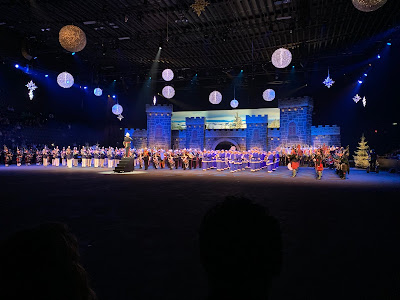