Three weeks down.  Changes are more minor and less often now, but that is because they are finishing up the "behind the scenes work" of plumbing and electric.  Electric will happen more next week and probably the week after that and then once all of that is permitted and in place, then they will start the next big change - the wall boards.

The plumbing is donw and so the last of the walls is GONE.  Now we can see directly into the pantry with no barrier. 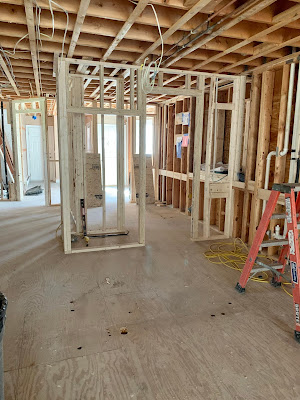 The pot filler plumbing was put in.  We are putting it in above our stove. Mat and I saw one in a house we toured years ago and it has always remained on our wishlist 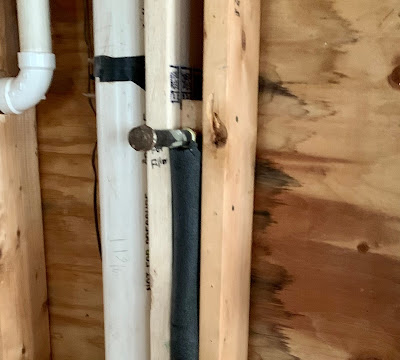 The floor was raised where the cabinets, sink and dishwasher will go and plumbing completed.  We have discussed with the contractor that this bay will probably need outside support to carry this much weight since it didn't have it before and the beams below this area are not the length of the house.  We wait on the architect's decision on that one. 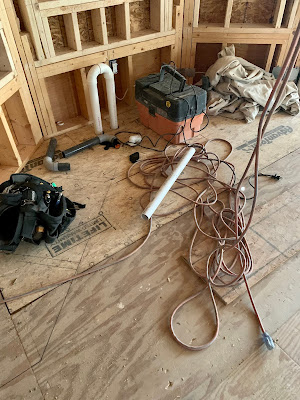 Due to the size of the beam and the need for significant support, we had to make a decision around the wall near our basement.  A decorate post was brought up, but then we would not have been able to swing the basement door more than 90 degrees.  So we said no to that and asked them to bump out the entrance to the basement instead.  The door and framing will be saved and put back on.  The framing of that new entrance was done this week. 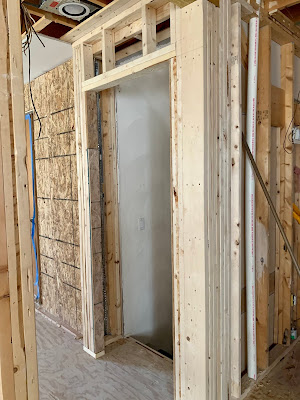 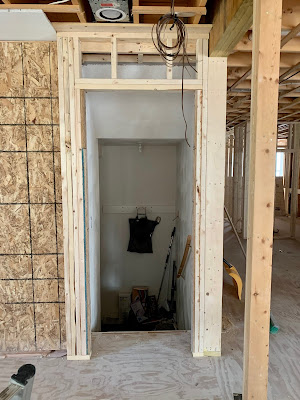 The shelf for the window in the pantry was built. 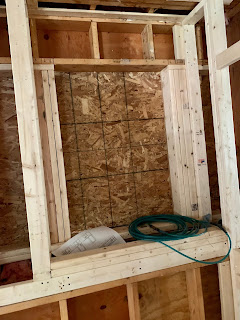 The wall that will connects the doorway into the mudroom and the built in area in the mudroom was reframed.

Due to all the weight our new beams will carry to support the second floor the structural enginneer insisted on a steel post in the basement as a secondary support.  Since our basement concrete is only 3 inches, a whole and new concrete to support said beam had to be poured.  We have holes everywhere 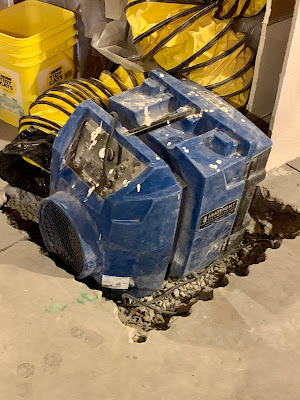 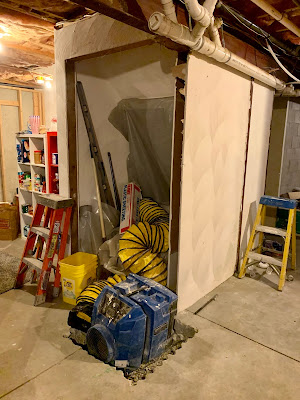 They put a pole in - and its placement isn't ideal, but not much we can do about that.  Once all the tape is down we will have a better idea 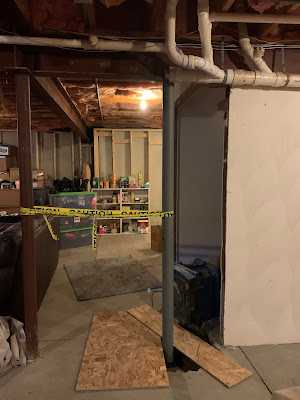 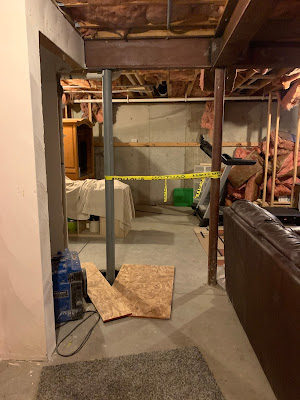 The contractors framed out the two recessed spaces in the mudroom on the back of the pantry. 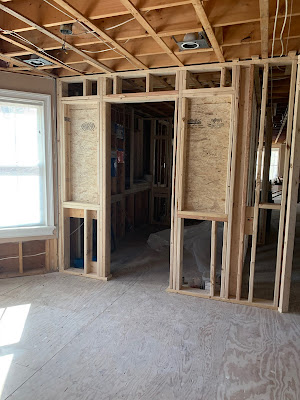 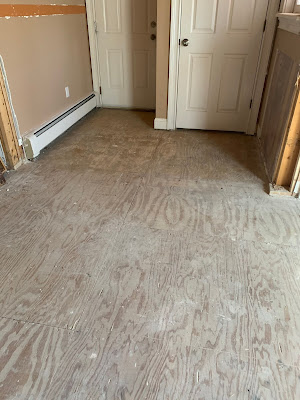 The last central vaccum is out of the way 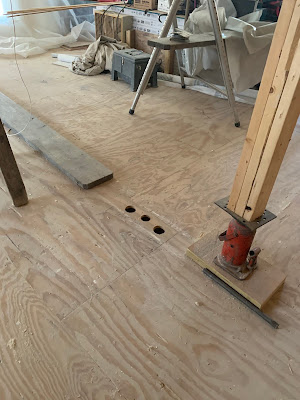