Today was our 8th and final full day in Ireland. We had a fabulous last day. We saw Leap Castle, Durrow High Cross, and the most fabulous stop - Newgrange (a 5200 year old passage tomb that took our breath away). We are back in Dublin and we catch our plane home tomorrow. Mat has taken to calling the kids "Wee Lass" in a bad Irish Accent, so it is time to go home.

We met Sean Ryan, the current owner of Leap Castle. And old Irish gentleman that has been trying to restore this 700 year old masterpiece. Highlight of our day was listening to his stories by the fire and him playing an Irish Tin Wistle. It was the coolest experience. We drove up, knocked on his door, and he let us in to tour this castle and share his stories. 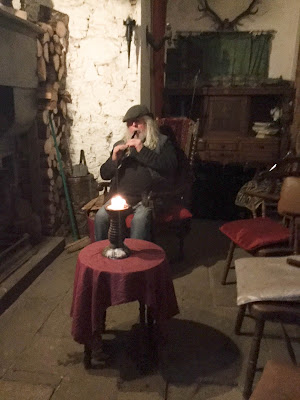 Inside Leap Castle.  Built in the 1500s by the O'Bannon clan, it has quite the history of murder and ghost stories. 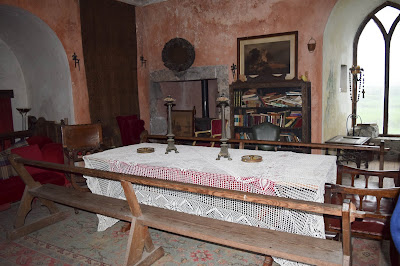 The O'Carroll clan were the second owners, and while they owned it, it is said no castle was safer. A lot of murders took place here in the dungeon (which was at the TOP of the castle, not underground. Sean, the owner, will tell you that underground is Hollywood style). 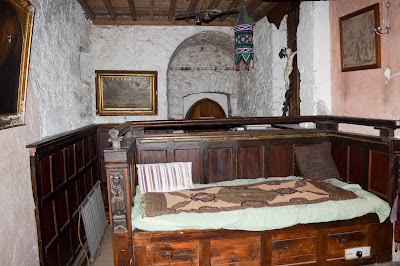 View high from the tower in Leap Castle. 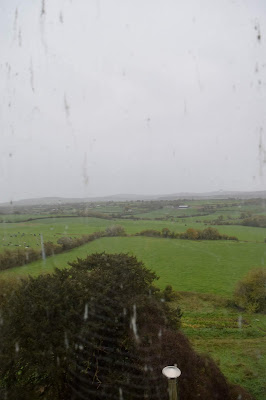 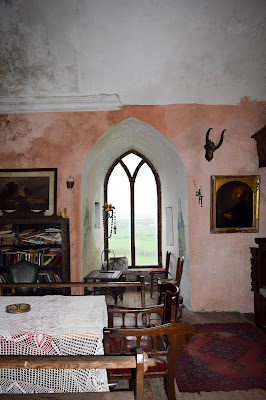 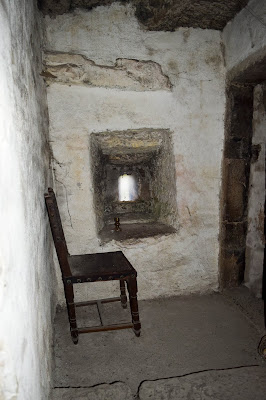 I took this to show how actually dark it is in the castle without a flashlight.  This is how they would have lived. 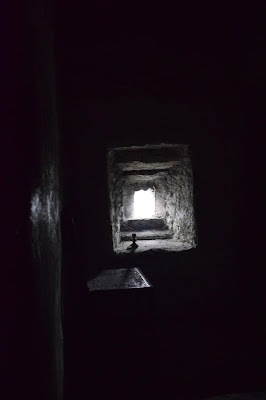 This is the room where there was - for this castle - the famous Bloody Chapel. Here one O'Connell brother murdered another (who was a priest) while he was saying mass because he started the church service before his brother was present. 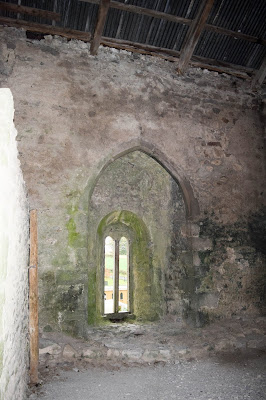 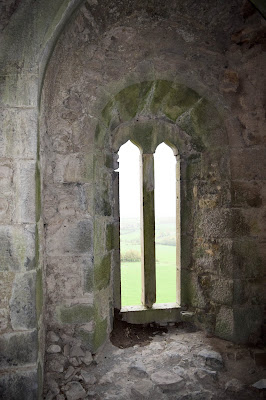 The stairs in the home are original, and very trecherous. And fun for a little boy 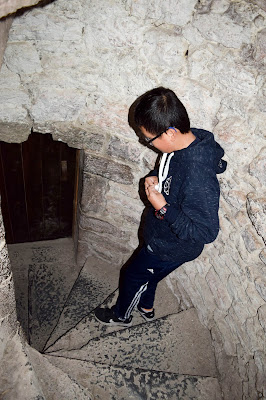 The outside of the castle.  I highly, highly recommend you put Leap Castle on your itinerary for Ireland.  It is only 6 Euros a person to tour the castle and Sean uses it to help continue the rebuilding. 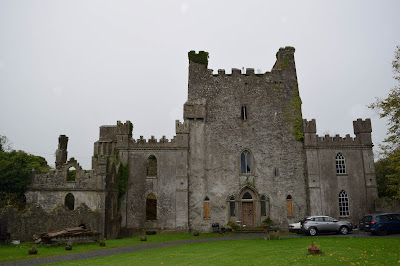 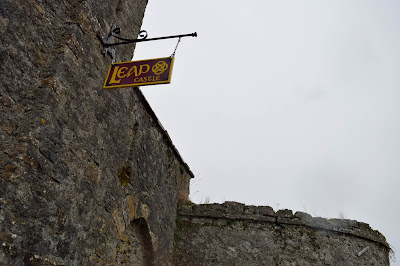 This is Durrow High Cross. IT used to be outside of this church, but to help preserve it, it was moved inside as the church is redone. This cross is from the year 553AD. A lot of the markings are still on it - incredible. 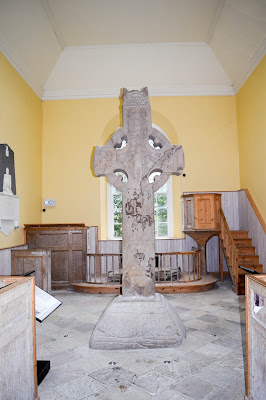 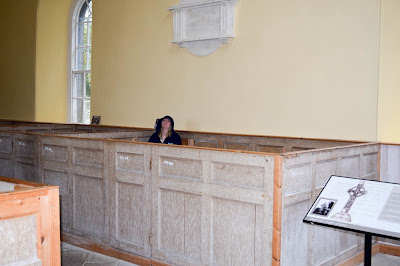 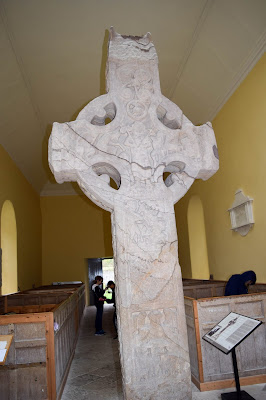 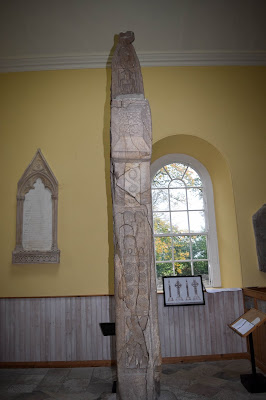 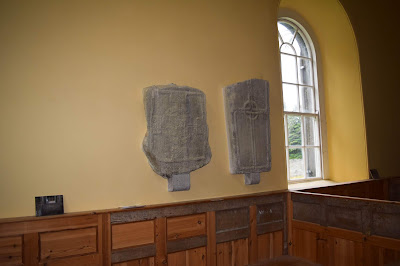 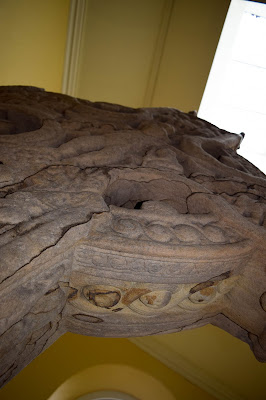 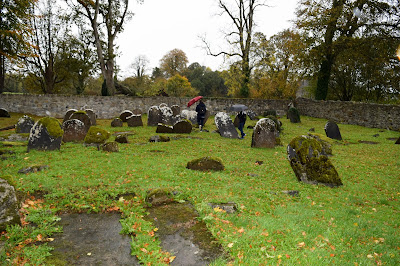 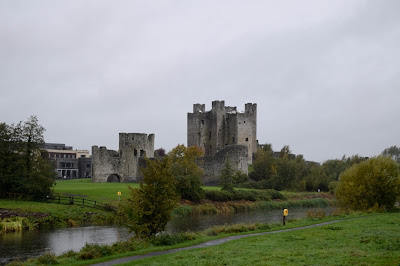 The highlight of the day. This is Newgrange. A 5200 year old passage tomb built by Stone Age farmers. This is only 30 minutes outside of Dublin, so if you get to go - you must see this. You will not believe the stories the guides tell you. It is utterly amazing. 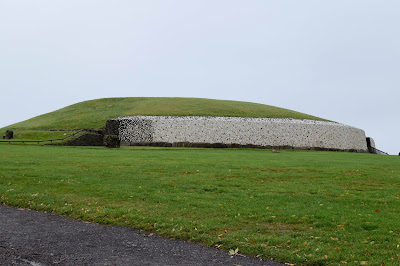 This is the entrance to the tomb. This tomb is 1000 years older than Stone Henge. It sat dormant for almost 4000 years - it was abandoned and then growth took over and kept it hidden. All the stones (the small ones) were found scattered around the land. In 1699, the person who owned the land wanted to make a clearing for a road when these large stones were discovered. They escavated around, found the opening and found that the stones inside the chamber were all completely in tact. 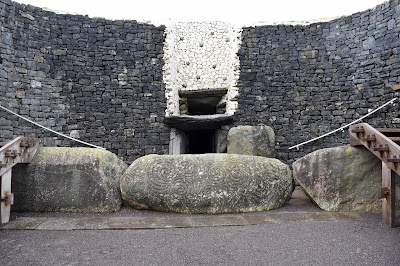 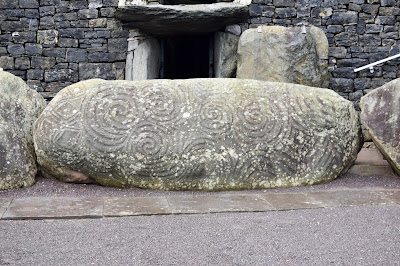 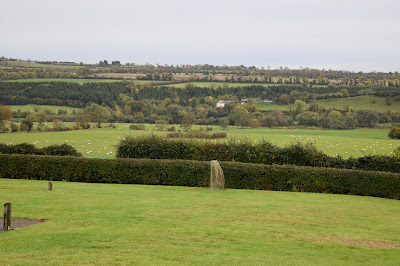 You are not allowed to take pictures inside, but I have to tell you - it was incredible. The ancient drawings, the alcoves where they cremated their dead - just amazing. And nothing has been touched. It had been so well built, that it has not fallen at all. 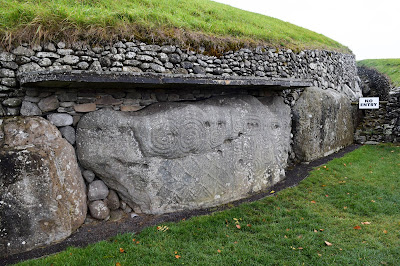 The best part - the people who build it had alligned the entrance to the tomb and where they cremated their dead with the light from the winter soltice. Every year for 6 days around the winter soltice the sun goes directly from the entrance of the tomb to the very back illuminating it in bright light. The rest of the time, the tomb is in completely darkness. 28,000 people bid for 50 slots each year to see this incredible sight. 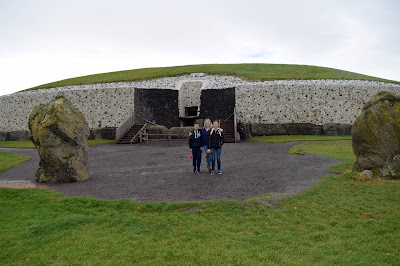