Day two in Amsterdam. Today we went to the Van Gogh Museum ( amazing but you cannot take pictures inside).  This is another one of those museums that you need tickets ahead of time.  The tickets sell out quickly and usually you will stand in line for hours to realize you won't be getting tickets for that day anyway.  You are given a time to enter which helps keep the crowds down, but it was still very, very crowded. 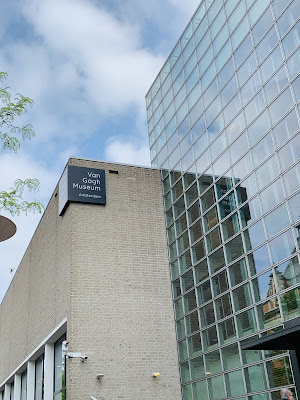 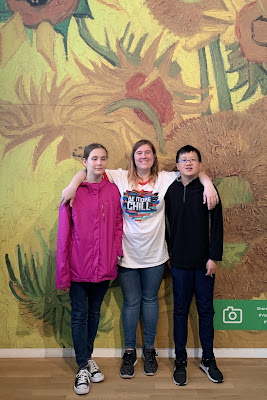 The museum was great.  We have always been big fans of Van Gogh's art.  We did see his Sunflowers and many other famous paintings.  Just FYI - Starry Night hangs in the MOMA in New York City.

We had originally thought about going to the Rijkmuseum as well, and I did call to find out if I needed tickets ahead of time (in April) and was told no.  This was not good information.  We wanted to use our IAmsterdam cards to get into the museum, so we decided to chance it.  Which I never do.  And we couldn't get near it.  There was a huge Rembrandt exhibit going on, so tickets had been sold out for weeks.  Of course.

So we went to the Tropen Museum instead.  We had seen it in a magazine whlie at dinner the night before, and our daughter Finley wanted to see the Manga, anime and Kawaii exhibit.  It was a HUGE museum and besides this exhibit, it had a lot of other unique exhibits from around the world.  We enjoyed this stop very much.  We were able to use our IAmsterdam cards to enter, so that was a plus. 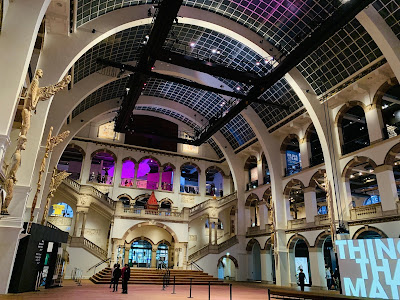 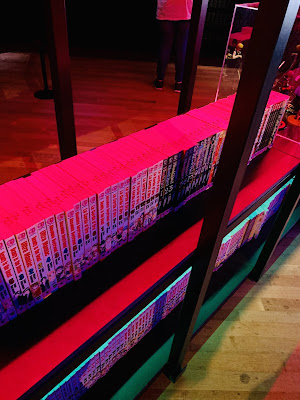 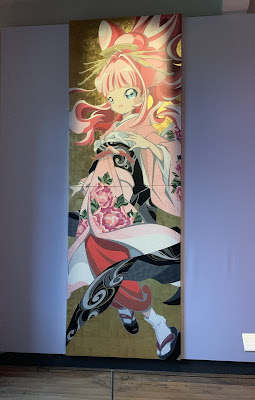 Our last stop was the Torture Museum - Arlington's pick.  We were going to take a ride down the canal, but the times available didn't really work for us, and the kids weren't that interested.  We had been walking along the canal quite a bit, and we have taken many a canal boat ride, so we skipped it.  However, after going to the Torture museum (which only took cash, wouldn't take the IAmsterdam cards, and took us about 10 minutes to walk through and was 30Euros), we should have opted for the canal ride.  It was not worth it.

We spent time walking through a used book street sale, after the museum, and then walked through the booths and booths of tulip vendors.  We did buy some bulbs to plant at our house in Basel, so that was a win. 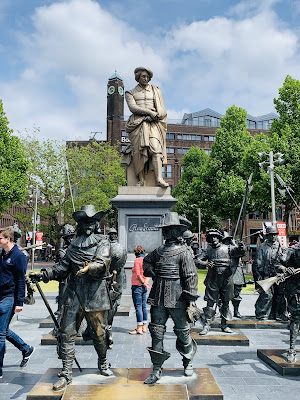 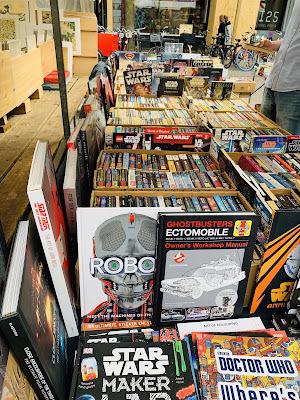 I took a close up picture of the bikes close up.  They are old and rusty and no geared bikes that are just used to get from point A to B.  No fancy bikes here! 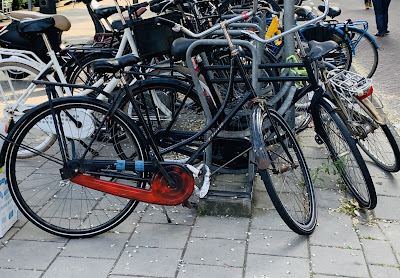 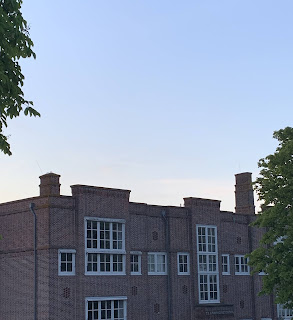