After a long night's sleep, we woke up ready to go for day two.  We started our day checking out the Olympic Stadium.  This summer, Tokyo is hosting the Olympics, and we wanted to see the stadium where they were holding the opening ceremonies and a few events.  However - we couldn't get as close as we would like.  I wasn't really surprised, since I know they don't want anyone in there until its reveal the first day of the games.  It was neat to see - it is MASSIVE.  The last time Tokyo hosted the Olympics was 1964.  They rebuilt the new stadium right where the old one was.  There were several other buildings around this stadium as well that we got to peak at. 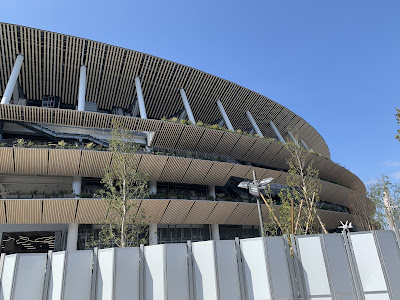 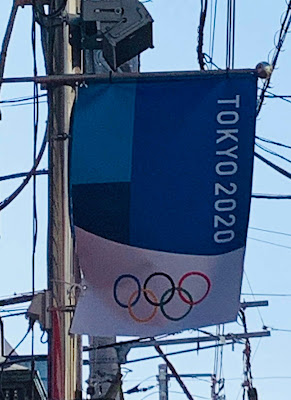 Next we went to one of the shrines on Finley's list - the Meiji Shrine and Temple.  It was really beautiful.  We enjoyed walking around the gardens and we even got to see a wedding taking place.  That was a special treat. 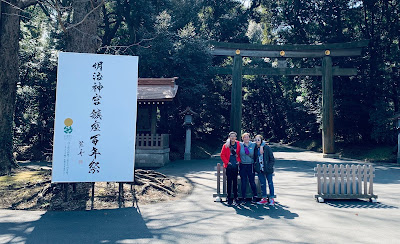 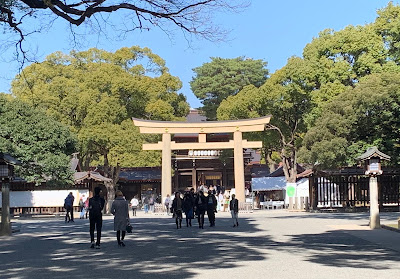 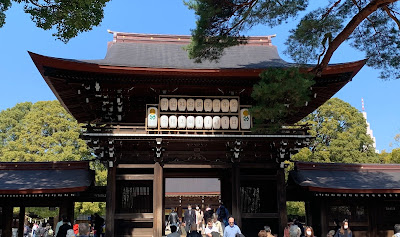 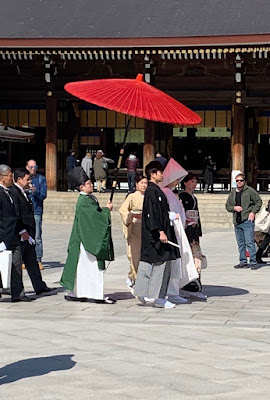 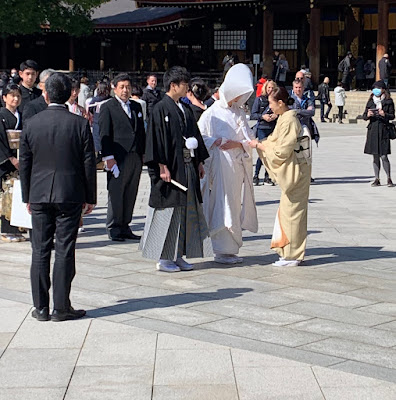 The largest part of the temple.  We were not allowed to take pictures inside

We ate lunch at the Temple and it was really delicious.  Here is Finley having a pork bun 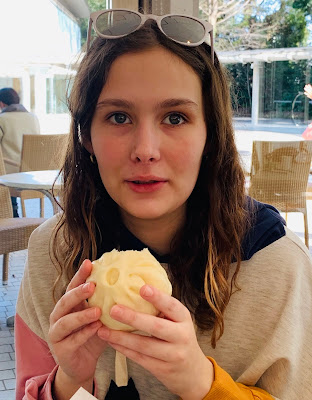 My soy noodles.  So GOOD 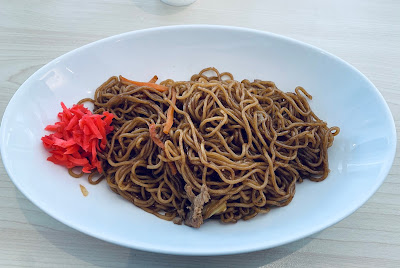 Next we did a little "off Finley's list" stop because if we don't do a quirky thing or two on our trips, it wouldn't be a Pletcher vacation.  We went to the Japanese Toilet showroom.  Let me explain.  For those of you who aren't familiar with the genius that is the Japanese toilet - you have no idea what you are missing.  There are some amazing ones even in our Airbnb (and see them at every public bathroom) and they are fun.  They wash and dry and play music, heat your tooshie.....you name it.  These things are intense and have tons of buttons.  SO - when Mat saw there was a showroom for these bad boys, we had to check it out.  Even the kids didn't mind.  Especially when we saw a toilet worth $11,000.  That toilet better do my taxes.


See the buttons on the wall?  They control some of the more fun activities these toilets are capable of. 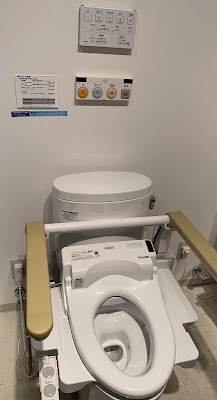 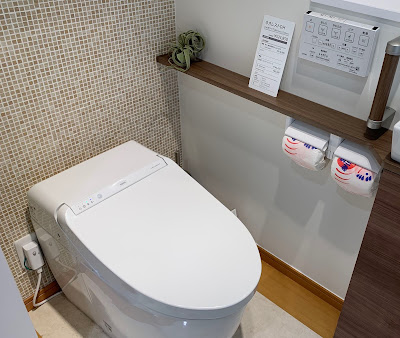 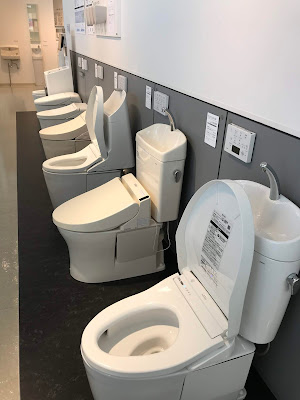 Here is the $11,000 toilet.  There are buttons on the wall, and then a button bar on the wall near the toilet and that thing knows when you are coming and the lid goes up and a light comes on.  It was entertaining. 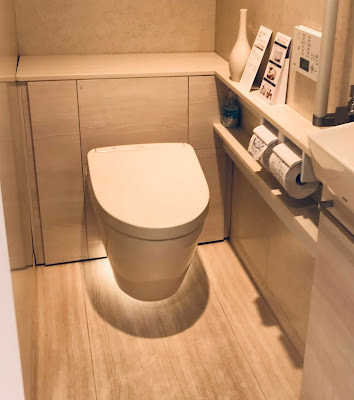 This was in a public bathroom.  Arlington loves that they play music that - according to the button - covers any unpleasant sounds 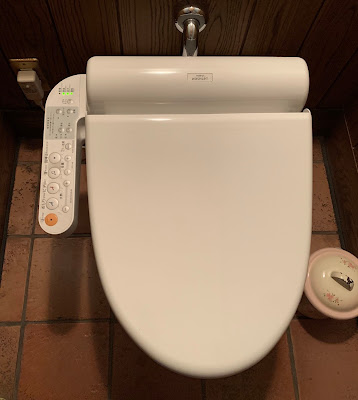 After that small pit stop, we headed back to the Airbnb for a small rest before heading to Finley's main event for the day - the Ghibli Museum.  This was at the top of her list.  Finley is a big fan of Japanese TV, movies, anime, you name it.  She had us watch a few before we left, and I can tell you that I am definitely too old to understand them.  But she likes them.  The main even of this museum is Todoro (Which Finley told me is like Mickey Mouse in Japan).  Studio Ghibli and the artist have a museum here in Tokyo so it was high on Finley's list.  We did enjoy the museum.  It was pretty far outside of the city, so we got to explore a different area.

We were not allowed to take pictures inside the museum 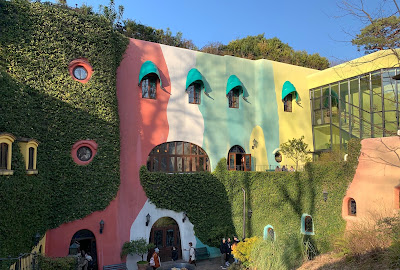 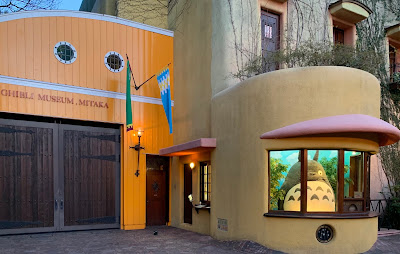 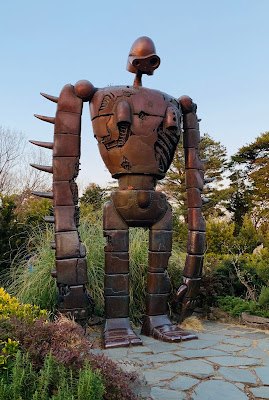 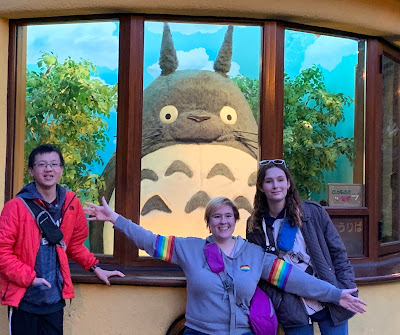 The Japanese cherry bloosom trees have started to bloom! 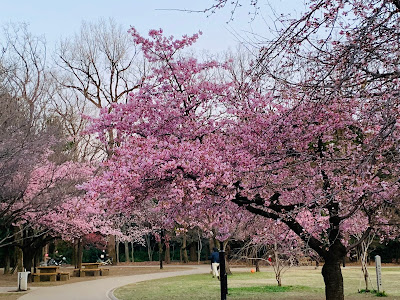 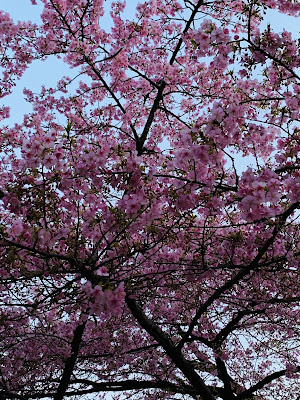 After the museum we strolled the streets of Mitaka (where the Ghibli is) and found a great ramen noodle restaurant to have dinner.  I should have practiced chopsticks a little more before I left because this place did not supply forks.  HOWEVER - I did pack some forks because I am definitely needing to get most of the food in my mouth during a meal.  Finley, Mat, and Cainan are quite good with the chopsticks, though.


My dinner.  I had noodles, pork, and broth 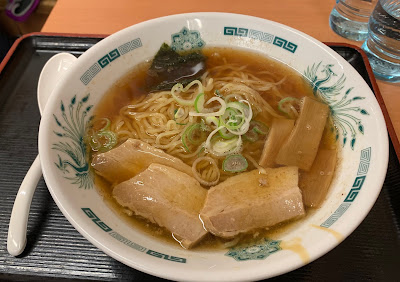 We have discovered these little drink vending machines that vend warm teas.  Finley and I chose this one earlier today - it was pretty good. 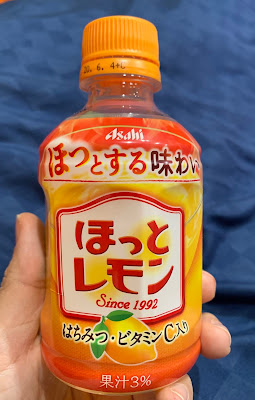 Now it is evening and we are snuggled back in the airbnb for the night.  We had another great day!  Oh - before I go, I need to say how impressed we are with how the Japanese cue when it comes to.....anything.  Lining up is their jam and they could teach the rest of the world (Switzerland I am looking at you) about patience, and taking turns.  From getting on and off the subway and elevators to walking down the right side of the sidewalk - they have made it an art.  Highly impressive.
at February 24, 2020