Still working our way throught Finley's wish list, we ticked a few more boxes off today.  AND - we may have added one thing to the list she didn't.  It happens.

This morning we started out at teamLAB Borderless museum.  It was amazing.  We spent several hours in this museum walking through all the moveable art.  All the kids loved it as well.  We had such a great time.  I took a ton of pictures and videos so you could see what we saw, but if you want the full effect, go to their website HERE.  This is an extremely popular museum, so we got our tickets will ahead of time of our visit.  The tickets are untimed, which is nice, but usually it is sold out weeks in advanced, so I am glad we had our ready to go.


Huge ferris wheel outside the museum 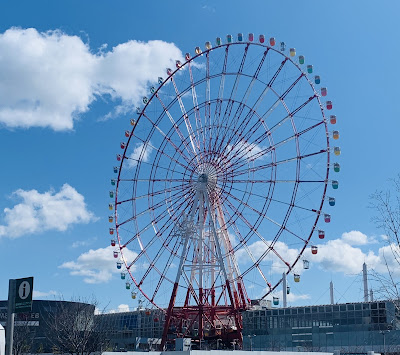 The art was really beautiful 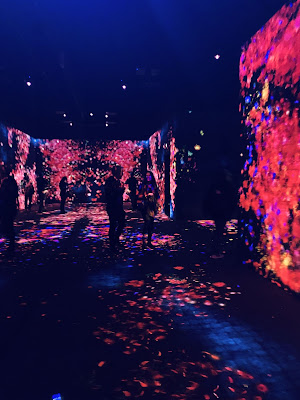 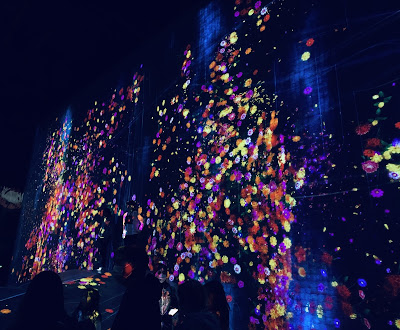 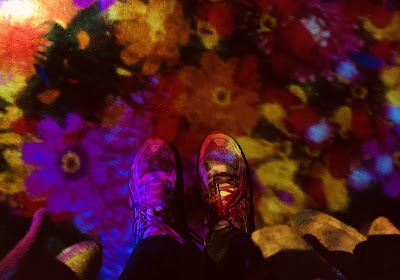 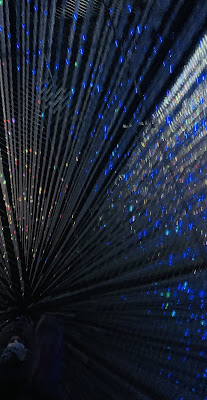 Here is some video of the room

Here is a video of that room:
Room with lanterns - it was really cool. 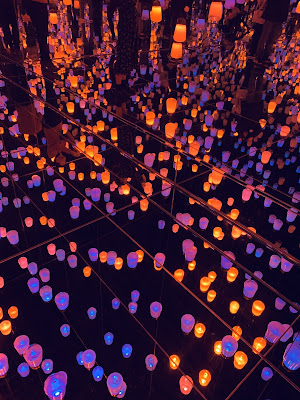 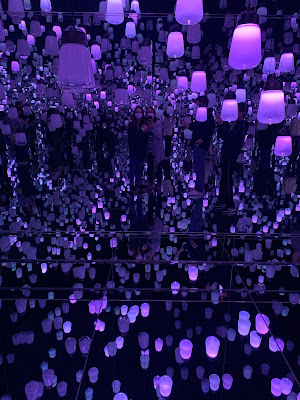 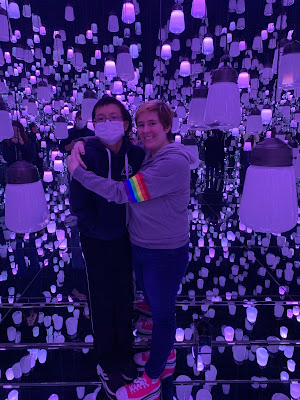 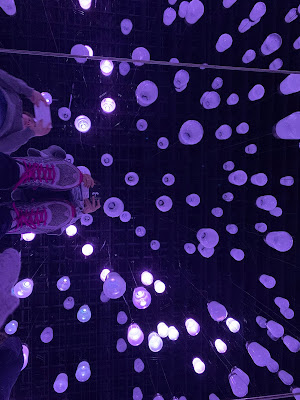 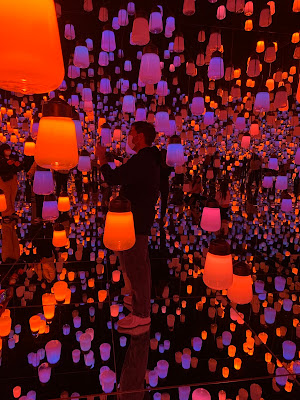 Finley and I in the lantern room 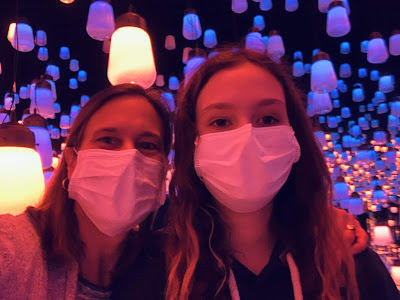 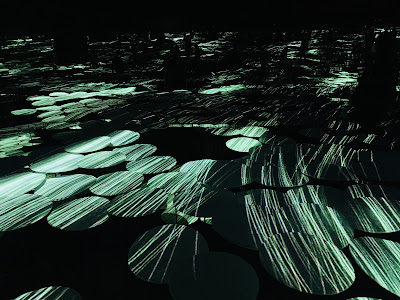 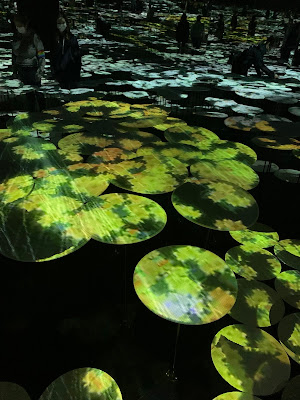 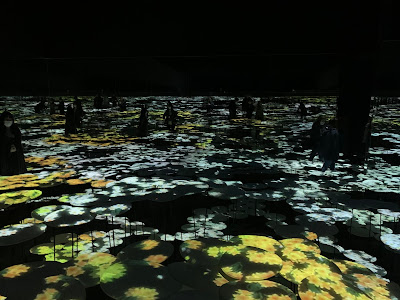 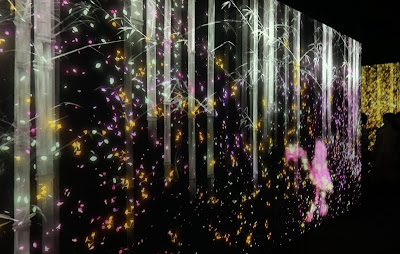 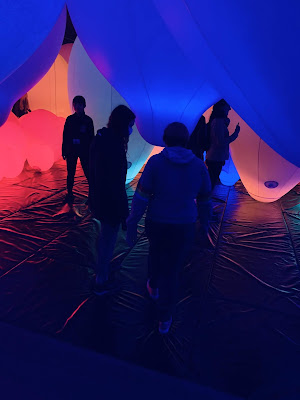 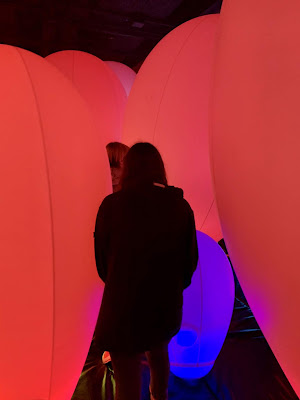 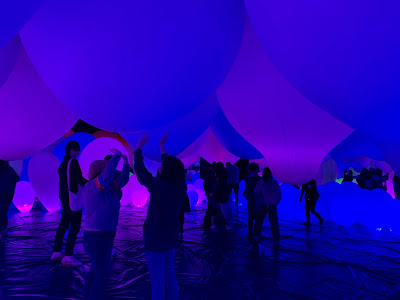 In this room the kids could color a picture of a sea animal, and then the workers scanned it and it went up on the wall and was moving around.  It was cool.  This is Cainan's 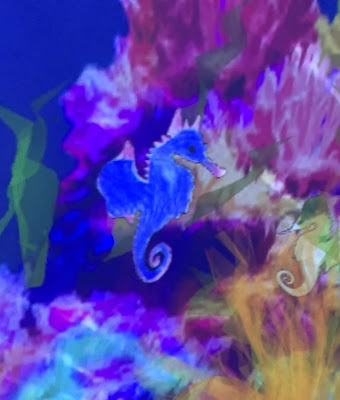 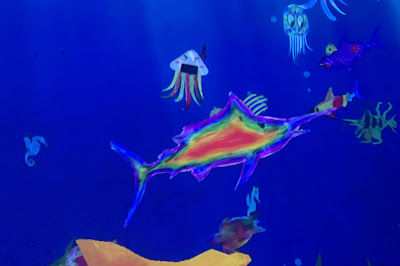 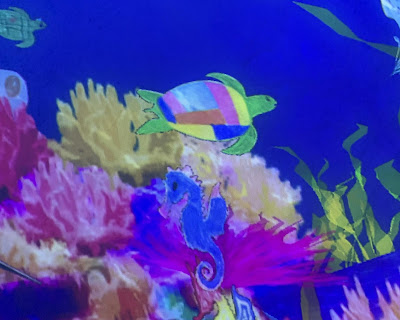 The waves were cool

We did get green tea and ice cream as part of our tickets, and it was fun to eat it in this room.  When we set down the bowls, it started to fill with digital flowers - the kids thought it was cool.


After the museum, we walked around the Koto area of Tokyo.  It is along the water, so it was quite breezy and really pretty.  That area is fairly new.  We saw the Gundam Statue (that was not on Finley's list - that was Mat's list), and went to the Toyota Car Showroom (again - Mat's list) - which ended up being a lot of fun.  They had a place for kids (And adults if they wanted) to drive a small course with cars.  Arlington opted to try it.  She and Finley had some fun doing that.


Arlington had to take a little driving test before she could take Finley in the car (since she doesn't have a driver's license yet).  IT was funny to watch

Finley and Arlington on the course: 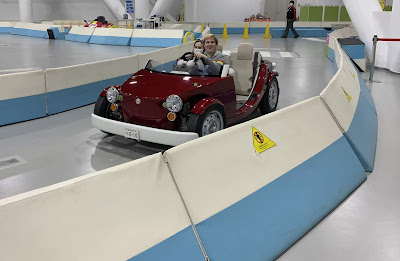 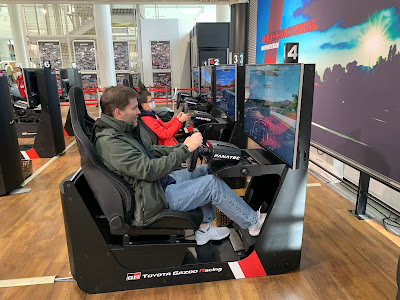 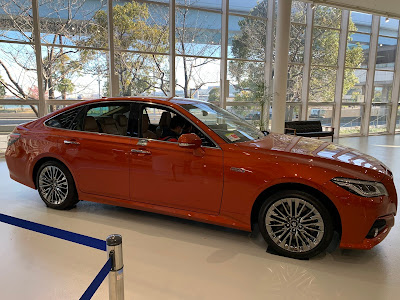 Cainan in the driver's seat.  Yep - Japan drives on the left as well 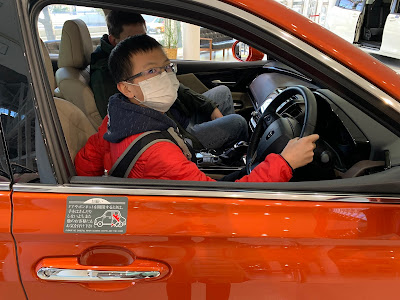 We saw the Fuji Business building, the Statue of Liberty Replica, and the Olympic Rings on the water.  We also got a really nice view of downtown Tokyo and was able to take in its full effect. 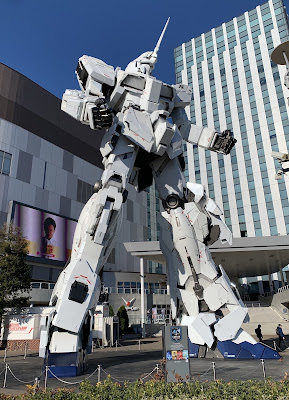 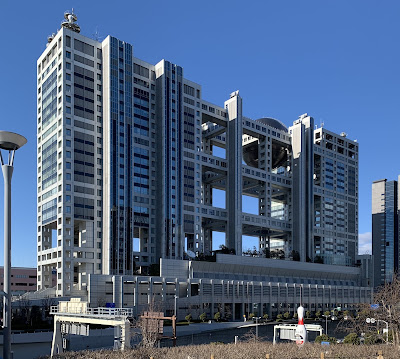 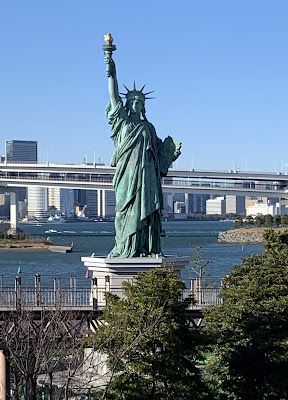 Olympic rings out on the water 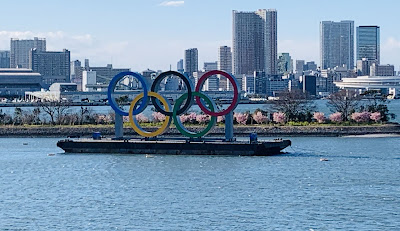 Tokyo across the water

After all of this, it was late afternoon, so we headed back into the city to do some shopping.  That is at the top of Finley's list - lots of shopping.  Today she wanted to go to a regular fashion store.  She loves the way Japanese people dress (muted, flowy - almost baggy - clothes) and so while Mat and Cainan did some guy stuff, the girls and I went into a 7 floor clothing shop so Finley could buy a few things.  She had a great time in there.  I will have to get her to model some of the clothes at some point so you can see what we are talking about.  They aren't flashy dressers.  It is perfect for Finley. 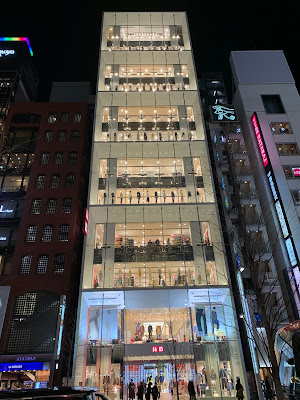