Today we decided we were going to walk around and see what we found.  It started with us taking the tram to a little town called Reihen - a place we are looking to live.  I loved it when we were here in June - it reminds me a lot of home.  There are many walking and biking trails, lots of green spaces, neighborhoods, and quiet streets.  It isn't that far from the city center, and we could easily get around.

While we were there, we stopped in what we thought was going to be a little park and it ended up being a huge cemetery.  The tomb stones were all unique and unusual, so I took a few pictures of them.  The area was huge.  And, like everything else, it was well kept.  Eech tomb stone had its own small garden with various plants and decorations.  Very neat and clean. 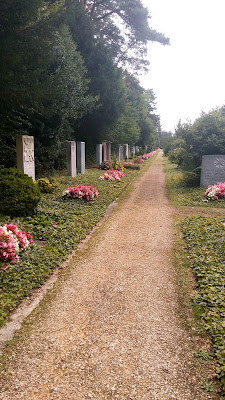 I spy with my little Eye - ROCHE! 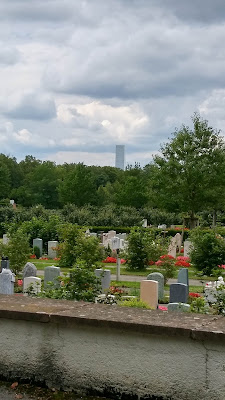 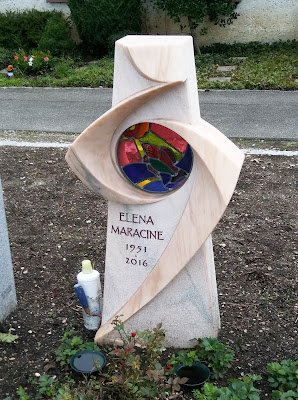 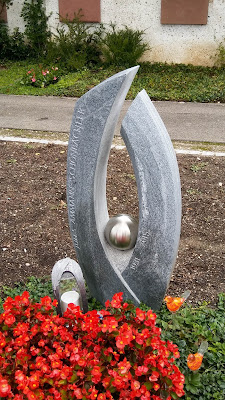 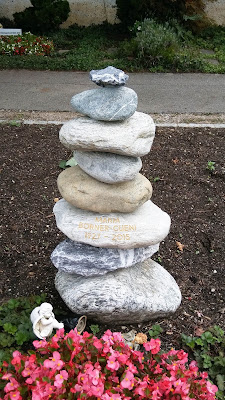 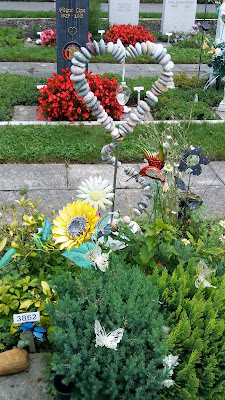 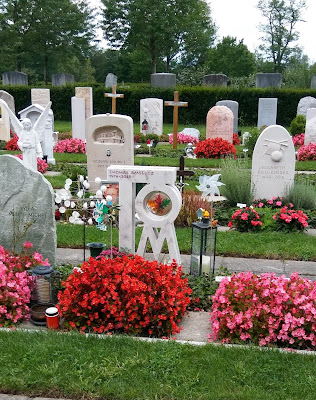 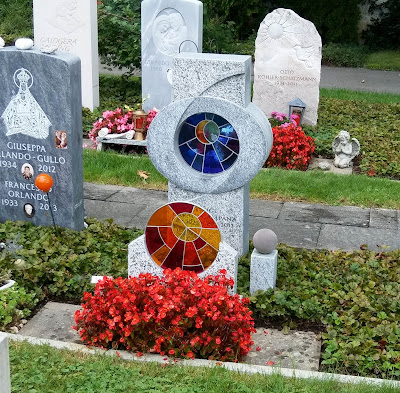 After our ride to Reihen, we showed Mat the area where Cainan will go to school.  Since it isn't too far from where we are living, we decided to just walk there from our apartment building and then continue walking around.  We just strolled the streets.  I took some pictures while we walked around. 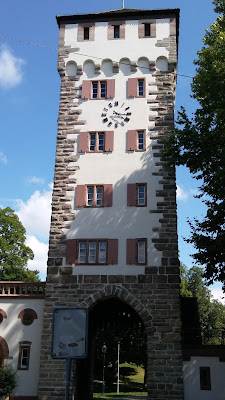 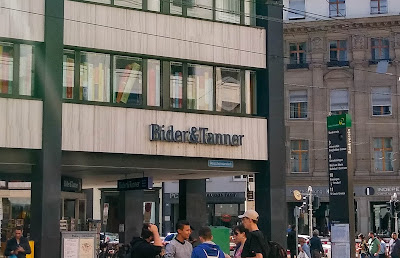 Our bank - just as pretty on the inside 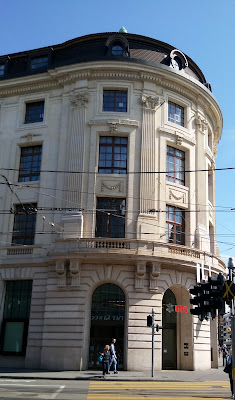 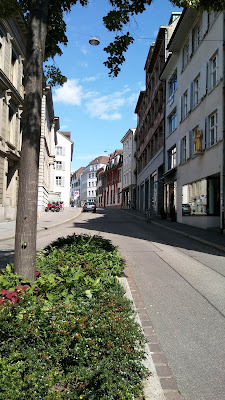 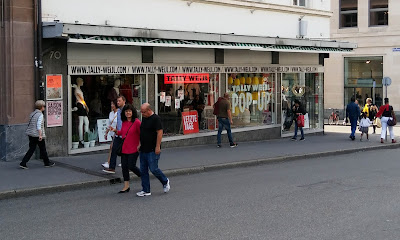 This is a pedestrian only street that has tons of shops.  Kids enjoyed this street 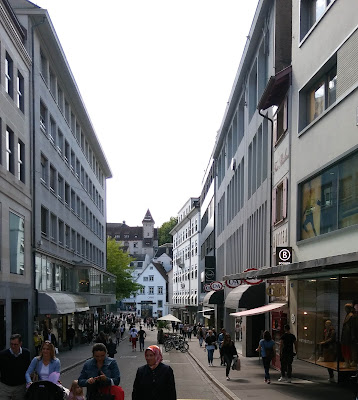 This was a really pretty building - it is a Post office, but on the building says Post, Telephone and Telegraph 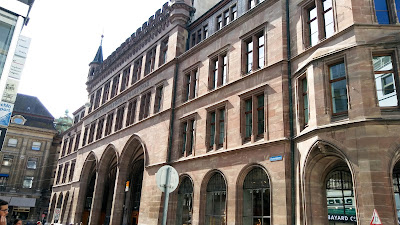 Open air market we came upon near City Hall.  Fresh cheeses and meats and oils - so yummy 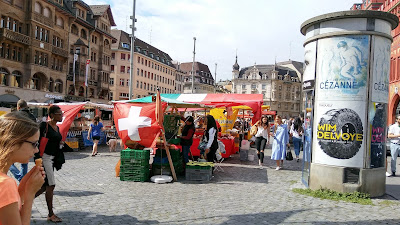 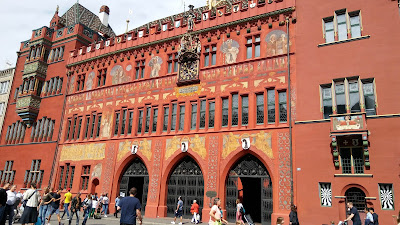 Roche by the Rhine 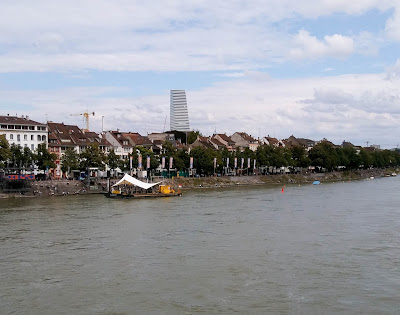 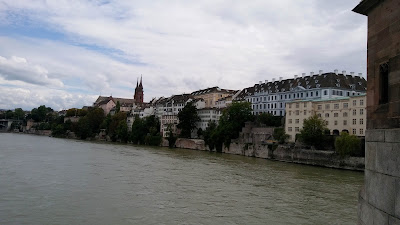 After our stroll (and we bribed the kids with so much walking with a gelato treat), we returned them to the apartment building and Mat and I headed to Germany to shop.  I wanted to get some items for the start of school for lunches, and I wanted Mat to see the shopping area.  It was nice to go just the two of us so that I could spend more time getting the lay of the supermarket.  Because it is the size of a Target and has two floors.  It is enormous.  I want to learn where things are so I can get in and out quickly.

Side note of the day - an older man approached us as we were entering our building and asked if we were new.  He apologized for his English, but he spoke very well.  He lives on the same floor as we do (there are only two apartments per floor) so he talked to us awhile.  He told us that this building likes quiet, and that some American families come here and are very loud.  He was very sweet about it, and thankfully this is a part of the culture we were already aware of, so we have been keeping the kids and dog quiet indoors.  We also got to meet a younger couple who have two girls ages 11 and 9.  The dad is American and the mom Swiss.  They were very nice - it was nice to get some names of people in the building.  The Swiss tend to keep to themselves, so for them to reach out to us was pretty nice.