Today was another shopping day for me.  This will not be news (not that it ever really was) soon because I am going to have to grocery shop every other day due to the size of our refrigerator.  I don't really mind - I am not ever there long, and since I have to ride the tram with Finley to the German border anyway - I might as well take the time.

There are two floors to the grocery store I have been using in Germany.  The second floor seems to be geared toward Americans because it is set up a lot like a Target.  (clothes, toys, toiletries, etc). I even found a box of Macaroni and Cheese up there (don't tell the Swiss I bought that).  Lots of packaged foods as well.  I could see me doing some damage with that part of the shop.

Today I was going to go to the Tinguley museum, but decided to just wonder instead.  I got on the tram and went to the bookshop that sells the Fisch people use in the Rhine.  I got all 5 colors everyone wanted, so that was a win. 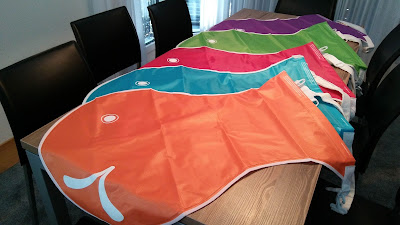 I strolled around the bookshop for awhile.  The upstairs of the shop has a large English section so that was nice to see.  Our Swiss guide also told us that we could buy a Library pass to use at all the public libraries, so I am going to look into that as well.

I wondered the streets near the bookshop and saw a beautiful old church.  I went in, but didn't take any pictures because people were praying.  Our Swiss guide told me a few days ago that this church is non-denominational.  Anyone can attend.  It even has a little cafe on the side.  She told me they also do a Sunday for praying with animals where you can bring your pets. 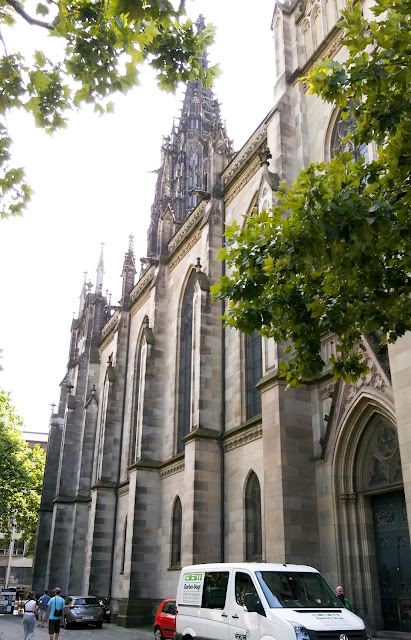 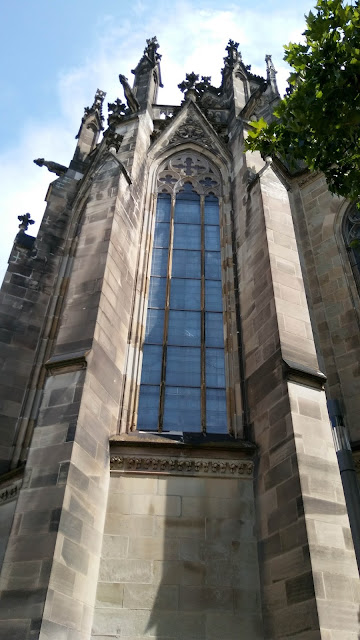 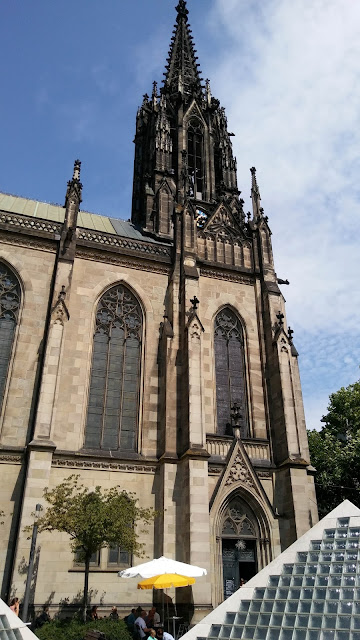 I walked passed the Theater Basel.  Their season starts in September, but I don't know what shows they are doing.  Unfortunately, all the theater in Basel will be in German, so for now, I don't see us attending a show. 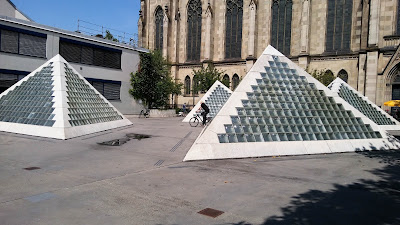 I took another tram and headed to the large train station.  Trams pull in and people get off and get on an actual train to travel different places (airport, other cities in Switzerland, Germany and France).  The station is calls SBB.  The "BB" stands for "both Basels".  Basel is divided into two (what they call) states.  Basel Stadt - where we live, and Basel Land.  They are taxed differently, and there are different rules for trash, etc.  If we found a house in Basel Land, we would have to re-register as residents - basically start over.  So - we are hoping to stay in Basel Stadt to avoid that hassle. 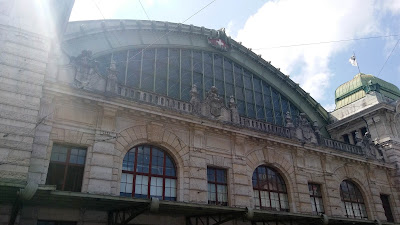 Anyway - I went in the train station.  Nothing impressive to see in there, but it was quite large.  There were people everywhere.

After the train station I wondered over to Basel's largest post office.  This is the only one that is open 365 days a year.  I was looking for a map of the city a friend had, but sadly I didn't find it.  But it was cool to go inside the building.  If you want to buy a stamp, mail something, etc. from this post office, you take a number and wait your turn.

After the post office I wondered past a fountain that was spraying water (And a lot of people were sitting and eating their lunch around), and down by the Rhine.  Then I got on a tram near by and headed home.  The public system is pretty easy once you get your bearings.  I still made a mistake or two when getting on a tram (I was just guessing and I am terrible with directions), but it wasn't a big deal.  Each tram station is only a few blocks apart and you can almost always find what you need.

Finley had a long day at school today due to her German booster class and her cooking club she decided to join.  She came home pretty tired.  She said today was hard because the whole day was in German.  (this is how the bilingual school works - three days are taught in English and two days are taught in German).  It is all about immersion.  Finley felt a little lost today, but we talked about how with any language it takes time and practice.  Not to get discouraged because it wasn't perfect on day one.  Americans are at such a disadvantage by not learning other languages sooner than they do.

After picking Finley up, she accompanied me to sign up for my own German class.  Here in Basel Stadt when you become a resident they give you 80 free German lessons.  Plus Mat's job is paying for more German lessons after that.  The class that Mat and I are going to take starts September 2nd.  It is on a Saturday, which I don't love, but it is the only day Mat could do and we wanted to do it together.  I will be anxious to start to get more German under my belt.  Right now I am limited to hello (Hallo, Guten Tag, or Greuzie), Good bye (Auf Widersehen, Au Dieu, Tschuss), Excuse me (Entschuldigung Sie), Please (Bitte), Card (Karte), No (Nein), and Thank you (Danke).  End of list.

A few random pictures from today. 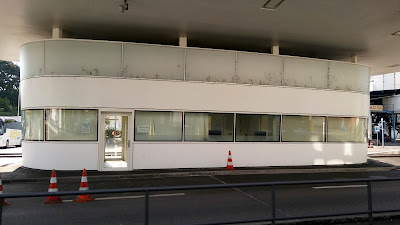 These are everywhere.  They look like 1980s game pixelated figures 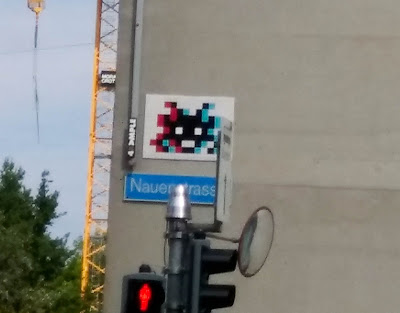 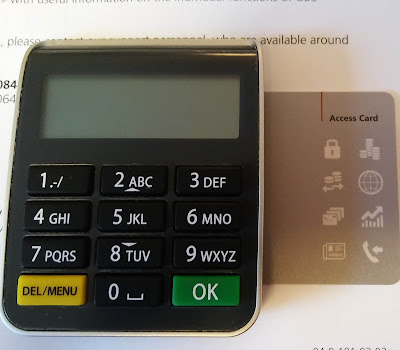