A running around we will go

Today we did quite a bit of running around.  Now that we are getting closer to the start of school, the kid's schools are open for us to visit.

Today was Finley's turn.  Finley and I went alone so that she could visit without distraction.  Plus it was a good chance for she and I to ride the tram again and see how long it takes to get to her school.

We were greeted at Finley's school by the office staff.  We were able to drop off her American School records and get a tour of the building.  We saw her classroom and also where some of the other rooms are.  We met her aide that will be with her with her classes in English, her German teacher, and the teacher she will have for her after school cooking club.  Her classroom teacher and her German aide weren't in at the time.  We did talk again with the principal and they are all ready for her.  They got her a mobility coach and she will meet with me after school on Monday to discuss the dates/times she can work with Finley to get her more independent with city travel.  Finley and I both left there feeling much more confident about her first day.

Since we were so close to Germany, we went to do a little shopping.  While we are waiting for our air freight to arrive, we are living on about 10 outfits in our clothes rotation.  That is plenty, but three of the shirts Finley brought along had stains on them.  Silly girl.  Should have checked her packing a little better.....

Anyway - we went into a store called H+M (we have this store in America) and they had kids clothes.  And for really cheap (God love Germany).  For $8 I got her three nice shirts to replace the three we tossed.  Win.

We then got a little bit of groceries before heading back on the tram for home.  I gave my stamped receipt to the grocery checkout teller and he took off my tax, so a win for that move.  I was proud of myself.  The teller gave me a new receipt, but when I went to the German border this time, the German guard refused to stamp my receipt for the tax because I only have a temporary permit (our permanent residence permit will be here in a few weeks).  Even though another guard didn't care just 3 days ago - this one said no.  And he was a bit rude about it, so I just walked away.  It was only the tax, and we didn't buy much, so not worth losing sleep over.  We will have our permanent card soon enough and that will solve it.

After shopping we headed back to the apartment to collect the other two kids and meet Mat at Roche. 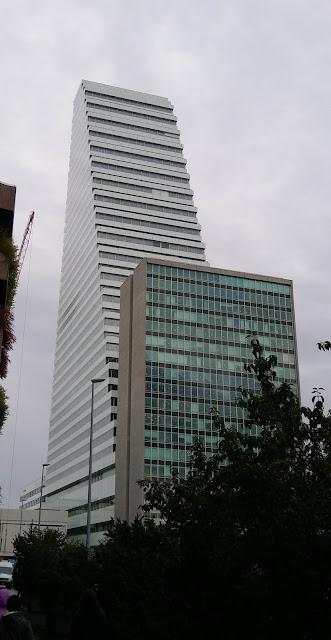 Right outside of Roche Tower 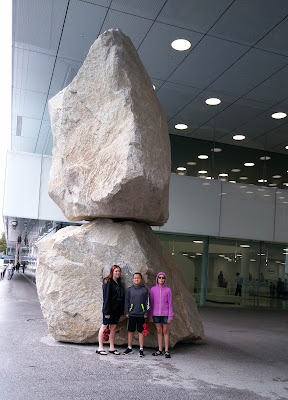 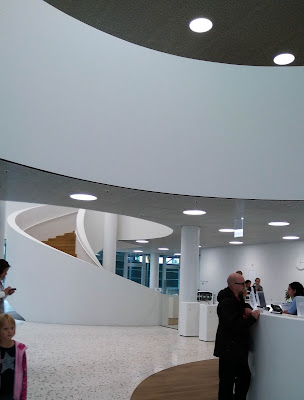 We were given ID badges - we loved Arlington's 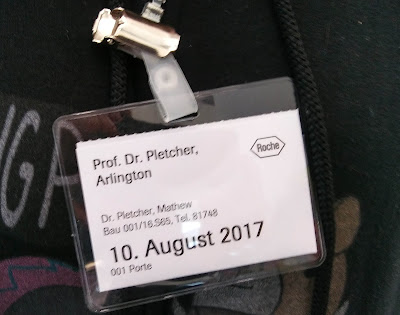 Mat's "office".  The whole place is open air spaces, but it is big.  He has a beautiful view of the Rhine 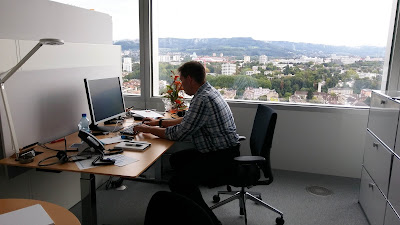 He wanted to show us his new office and also the view from the tallest building in Switzerland  (aka Roche).  The view was amazing. 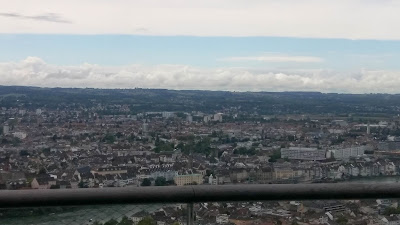 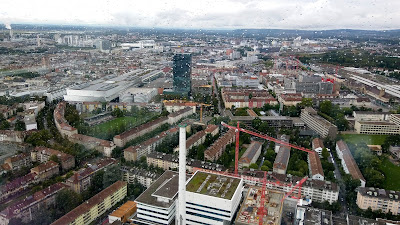 At the bottom of this picture is the German train station (that is in Switzerland).  This is where we would take a Train instead of a tram to go deeper into Germany 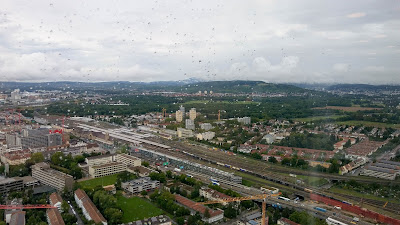 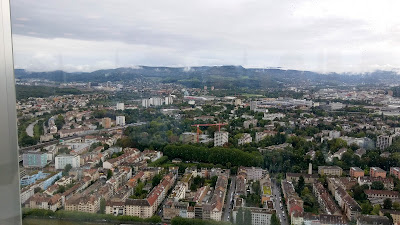 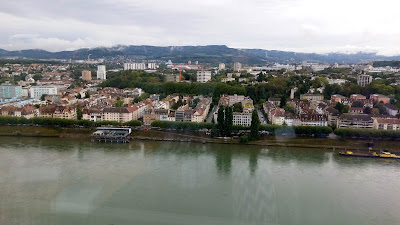 We stayed with him for a bit and then the kids and I walked home.  Arlington and Finley headed back to the apartment while Cainan and I practiced him walking to and from the tram stop alone.  I stayed at the entrance of our apartment while he walked the few blocks to the tram stop and back alone.  It was a bit nerve wracking thinking of him being alone, but he did great.  He will be doing that on a daily basis, so he will have to get used to it.  I want him to learn to pay attention to his surroundings and to be street smart.  A few times doing it alone and he will be a pro. 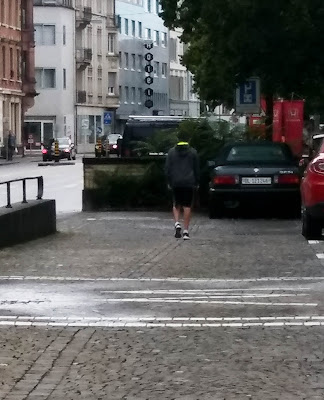 While I waited for Cainan, I busied myself by taking a few pictures. 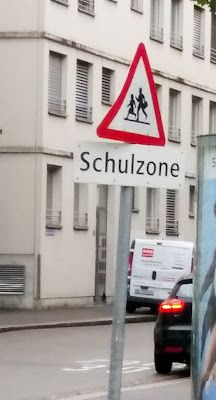 Sign near our apartment building that I cannot figure out.  Lots going on here.... 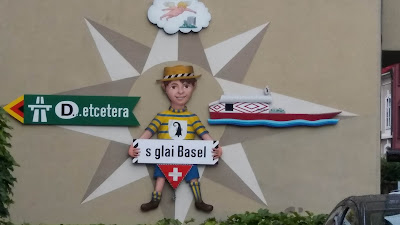 Another fountain where you can fill your water bottle 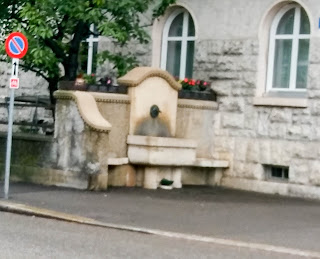 I then returned to Roche to meet with Mat and our Health Insurance agent.  Here is Switzerland, all health insurance is paid for by individuals.  Nothing is covered by employers.   But you have to have insurance.  And the insurance is good.  Really good.  It is pricey, but it is nothing compared to what I would have paid in the United States if I had to pay insurance without employee help (Which I know many people do).  We were able to pick a nice middle of the road insurance that won't break the bank, but that resembles the coverage we had in the United States.  That painful process is now behind us.

This evening Mat had his first business dinner so the kids and I ordered Dominos Pizza (you read that right) that delivered.  It was a nice treat of a little taste of home this evening.

Random picture of the day - I bought some crackers at the store that I thought were chocolate.  Turns out that are a small bit of cracker with an entire chocolate bar stuck on the top.  Yum. 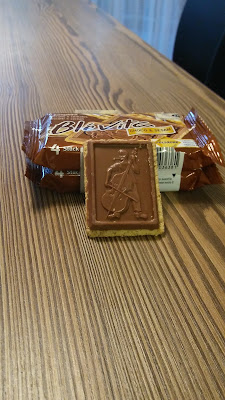