All three kids started school today.  It is about a month earlier than they are used to (Massachusetts usually starts after American Labor Day), but they were ready.  This morning they had a mixture of excitement and nerves as we busily got ready for school.

The girls pack their lunches for school (and have to take two healthy snacks along as well), but Cainan's hot lunch program is included in his tuition.  Score.  That also includes his snacks, so all he has to pack is a water bottle.  One less kid to pack a daily lunch for?  I will take it.

Mat helped me get the kids to school this morning because our air freight was arriving at just about the same time.  Arlington and Cainan are riding the tram to school without us, so I just walked them to the tram stop like we practiced all week.  We saw tons of kids of all ages waiting for the trams and buses at the stops - no parents in sight.  It is very common in Basel for kids to start taking public transportation and going places on their own around the age of 5-6.

Mat took Finley to school this morning.  Her tram ride is a bit more tricky, and with her vision impairment, we decided we aren't quite ready for her to make this on her own yet.  Finley has to take a bus (which is just right outside our apartment) and then transfer to a tram a few stops later.  It isn't overly complicated, but her tram stop is very large and very busy.  It will probably be,,,,never that I let her do this alone.  We shall see. 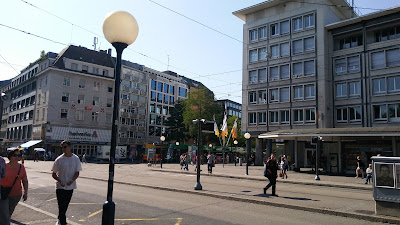 Air freight came right at 8am this morning and by 8:45 they were completely unpacked and gone.  They had even helped me pull the stuff out of the boxes so that they could take those with them.  Since garbage and recycling here in Basel is a bit complicated, I was grateful for that.  I was left with heaping piles of things to put away, but I used the morning to get most of it put away, and then enlisted the families help to finish it off this evening.

At 11am, I was picked up by our Swiss guide who was taking me to a house showing.  Well - an apartment showing.  We THOUGHT we had an 11:30 appointment to see a pretty little apartment in a brownstone.  Turns out the appointment is for next week.  Ah well.  I at least got to see the outside and the street it was on.  IF we were going to take an apartment instead of a house/duplex - this neighborhood would be ideal.  It is only a few tram stops for Mat, Arlington and Cainan to school and work.  And actually makes Finley's ride only on a tram and not needing a transfer to a bus.  The street was quiet and tree lined with lots of old houses and a beautiful church.  I will be anxious to see inside it next week. 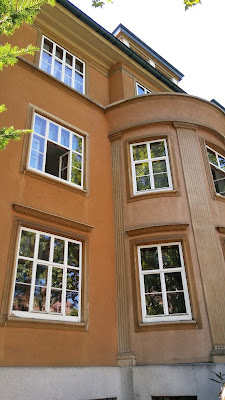 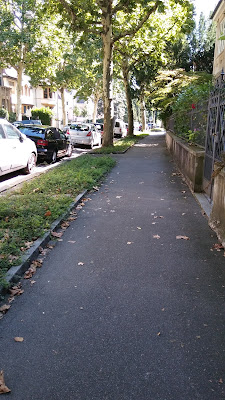 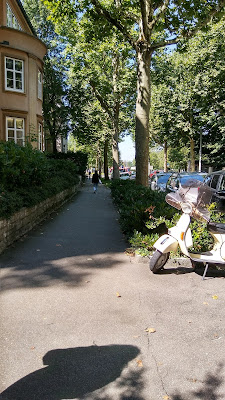 After that bust, I returned home to do a little more unpacking before I needed to leave to pick up Finley at school.  I was meeting her mobility specialist at 3pm today to talk about his thoughts on getting her trained.  He wants her to become proficient in getting around her school (obviously) but also start to get her used to using the tram system on her own.  He seems like he is going to be great.  He wants to start with her next week and will see her after school 2 times a week to start with and then back off as she gets better.

This evening, the kids all reported good days. 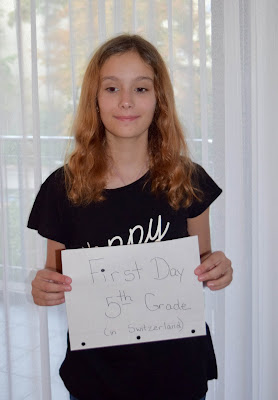 She had a great first day.  No homework tonight.  They actually give them time after school a few days a week to do their homework if they want to just do it at school before they go home.  (that time is included in the tuition).  So we may take advantage of that sometimes - especially when it comes to German homework.  She made a couple little friends.  She met a little girl from America (and her mom gave me her phone number - double win).  And she met a little girl from India that she really likes.  When I picked her up these two girls were sitting with Finley eating some fruit and giggling.  I saw that as a win.  She also found more girls in her class really nice, but couldn't remember all of their names.  For Finley the social piece is always our biggest concern.  Everything else I can help with, but this she has to do for herself.  Sounds like she is off to a good start.  She said her teacher was really nice.  She liked the gym teacher and she liked the German teacher whom she also met today.  She is also liking her new classroom assistant (aide), so I think she is going to be fine.  She came home tired but happy. 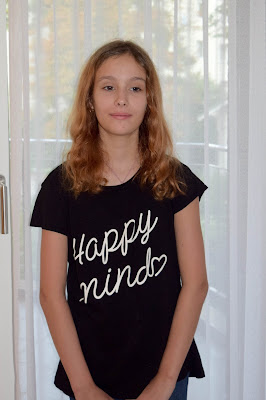 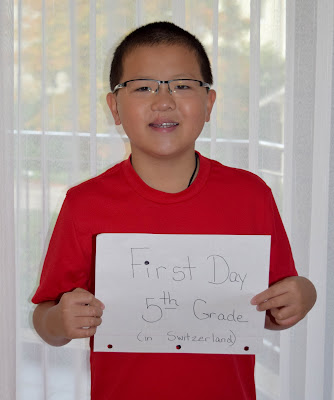 Cainan also had a great day.  He said there are a lot of nice kids in his class.  He couldn't remember anyone's names, but he said the boys were nice.  He has a seatmate in class (they have two desks pushed together) and he really likes the kid he is paired with.  He was the only one who came home with homework today.  And it was French homework which was hard for him.  You could see the stress in his little face because he said the French teacher spoke very little English so he wasn't 100% sure what to do.  We talked to him about his need to speak up if he doesn't understand the homework directions.  The class is about immersion, but Cainan is all about the "normal for him" - and this wasn't it.  He had no idea how to react to a teacher that didn't speak English....considering it was a language class.  He said his German class was better.  Arlington has taken 3 years of French so she was able to help him with his homework, and tomorrow he knows what to do.  Besides that, he had a great day.  He likes his teacher - all of his teachers - and he enjoyed his lunch at school.  Cainan is my most adventurous eater, so I think he will enjoy getting a good meal each day. 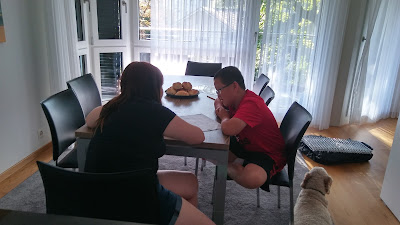 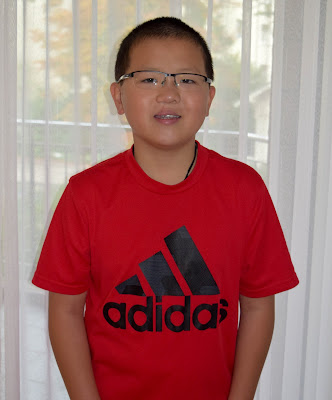 Arlington had a great day.  Her day today was a bit long.  She has been enrolled in an extended essay class, and so that took her until 5pm today.  She has a few long days, but she has a lot of breaks during the day.  Her day doesn't start until 8:30 (on Wednesdays it doesn't start until 9:15), and she has an hour break in the morning and a 1 1/2 hour lunch.  She didn't feel like the day was excessively long.  Tuesday and Wednesday she is done earlier, and Thursday and Friday the kids have "Sport" (gym).  It is new to being a part of the curriculum, so they put it at the end of the day.  (most kids here don't need gym as part of their school day because they are all enrolled in sports in the community).  They have built in times during the day as well to do their homework with the teachers there, so she won't have much at night.  She has made a friend already - another new girl who has been living in Basel for awhile, but was going to public school.  They hit it off immediately and have already made plans to do things after school when they can.  Social win. 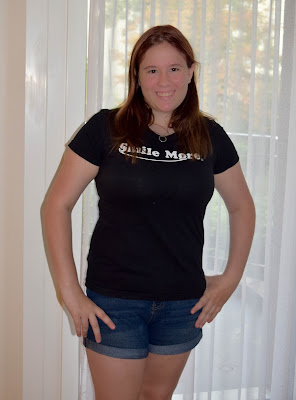 All good reports.  One day down.  I hope it continues.