Patting Myself on the Back

Today was a good day.  Today we accomplished a lot of things on our to do list.  It started with the garbage.  That's right - garbage.  In Switzerland you do not simply put out the trash.  There are rules to follow.  Rules!  And lots of them.  This seems to be the recycling capital of the world.  Which is great, of course, but it means you really need to think before you throw something in the regular trash.

The Trash bags here in Basel Stadt are called Bebbie Sacks.  Not kidding.  You buy them at the grocery store and this is how you pay for your trash pick up.  You pay about 2 Francs a bag, so you need to think before you throw.  You put them out to be picked up in a designated location two days a week.  As for recycling - there are recycling bins all over town for the various choices (paper, cardoard, aluminum, glass, etc).  Those you can get rid of at any time (except Sundays and quiet times) for no cost.

Today was the first garbage day, and believe it or not, I was losing sleep over figuring this out.  But it ended up not being the end of the world.  Definitely different than our spoiled American ways (put any trash in bin, and garbage man comes to taketh away).

After the garbage was sorted, the kids and I decided today was the day we were going to venture out and practice going to their schools.  Next Monday school starts and all three kids will be taking public transportation to school.  We have a stop a few blocks from our apartment and all three kids can leave from there to get to their schools, so it makes it very easy.

We started with Cainan.  His school is the closest - only 1 stop from the apartment  It would take him 20 minutes if he would just walk, but it requires walking across the Rhine, so I don't think we will do that yet.  Plus we all have tram passes now, so we might as well use them.  It is not complicated, and he will be doing it on his own soon, so I want to make sure he understands what he is doing PLUS make sure he uses street smarts.  (he has to cross a few street intersections). 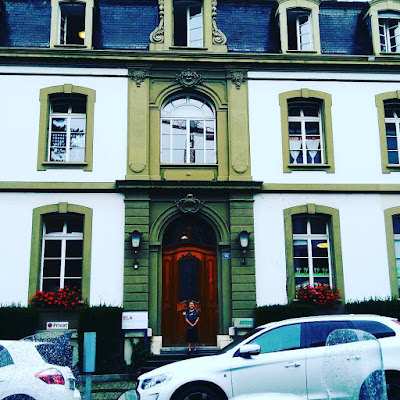 After we found Cainan's school, we went to find Arlington's.  Her school is about 6 stops from our apartment tram station and it was really simple.  Her stop is right in front of her school's front door, so she will have no problems at all.

Last was Finley's school.  I am going to be riding the tram with Finley for at least this semester because it is a bit of a ride (well - only 15 minutes, but 11 stops) and I don't want her to get distracted and forget to get off.  She doesn't see well, and the voice on the tram intercom is low and can't be heard well, so she may not remember to get off.  Or not want to.....could be either with that girl. 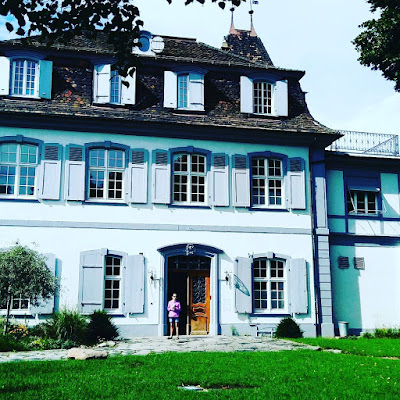 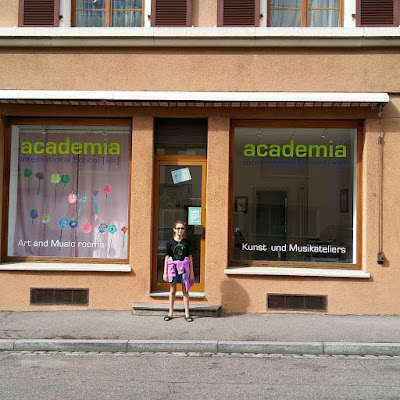 Her school was also easy to get to from the tram.  We all breathed a sigh of relief after we made three successful tram trips on our own and got there and back.

After we found the schools, we took our adventure a little further and went into Germany to do some shopping.  Our Swiss guide had mentioned often how much cheaper everything was in Germany.  She was not lying.  My grocery bill was about 1/4 of what it was the other day in Switzerland.  The store was HUGE, but we had a good time exploring and finding some good things to eat.  Tonight we dined on hamburgers because the meat prices were so low in Germany.  We now know we won't starve.  The grocery (and huge shopping plaza) is right across the border in Germany and only 1 tram stop from Finley's school, so I will be going there often for shopping.  There is also a bridge there where I can walk into France.  How cool is this place? 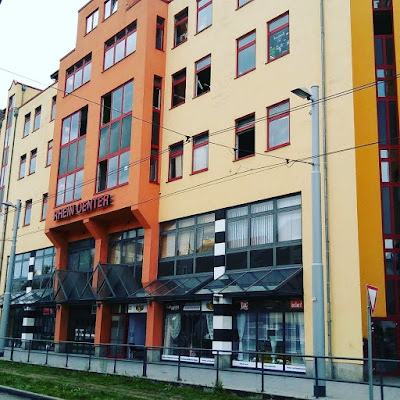 While we were in Germnay, we passed a cool landmark - it is where the three countries (Switzerland, Germany, and France) meet.  It had a marker, so I took a picture. 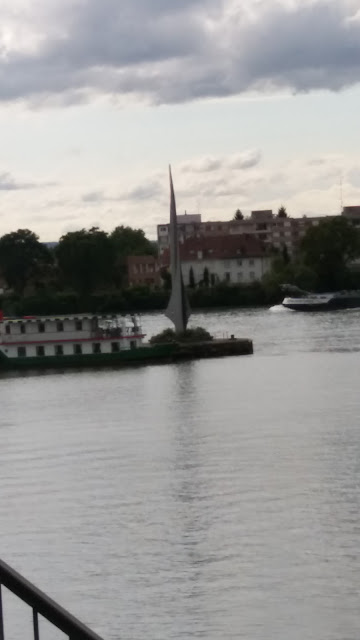 Mat's official first day was today - he worked a full day and he said all went well.  He got his computer and his phone and they have already started working on the reason we made the leap for this move - rare disease related to retinal disorders.  Our daughter Finley has a rare eye disease causing her to go blind, and Mat is going to be able to further the research on her disease while he is here.  The fact that this work started today?  We are off to a good start. 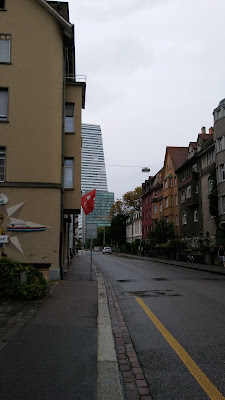 Here are also a few random pictures I took today:

This is how Mayonnaise comes: 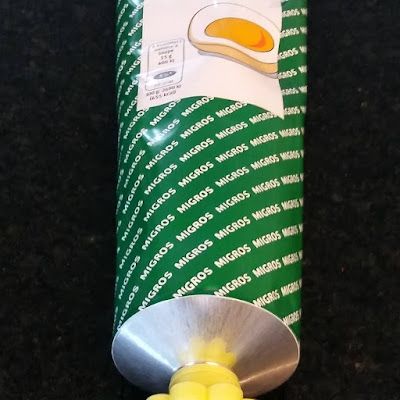 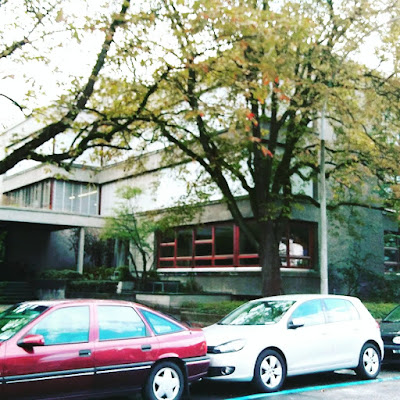 We saw this tiny little car parked along the road.  Kids were fascinated: 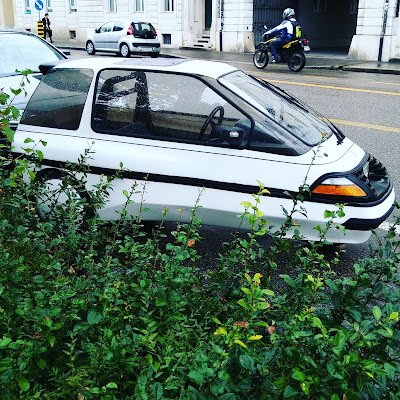 Tomorrow our dog, Scooby and our two guinea pigs arrive.  We are looking forward to having our furbabies with us again.